We have chronicled here (and on our previous blog) how, when James Nance arrived in 1952 as president of Packard, he had taken the helm of a once-grand company now approaching the abyss. He knew he had a lot of work to do and not much time in which to do it. He was determined to restore Packard as the premier luxury marque in the U.S. and in the process re-establish Packard as the industry leader in styling, engineering features and innovations. 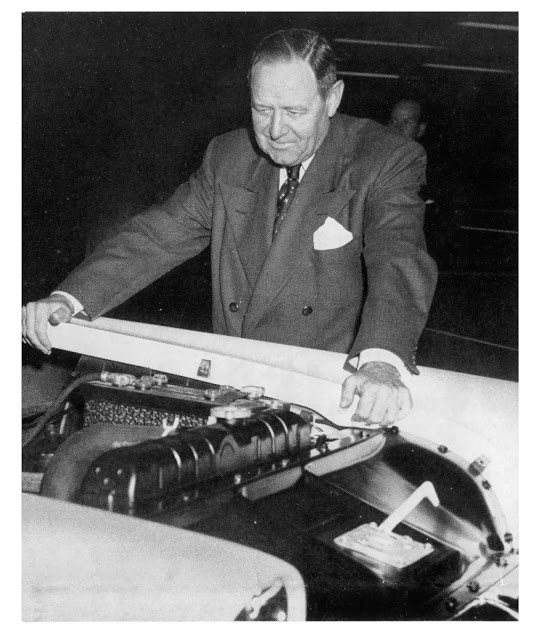 Nance cleaned some of the dead wood out of management, hired promising people, and gave the engineering  and styling staffs the green light and support they needed to bring Packard to the forefront in the luxury class against Cadillac.

In the immediate post-war years, Packard had taken a bold gamble for an independent auto maker by developing its own automatic transmission, Ultramatic Drive. While it is very true that Packard needed to match GM, particularly Cadillac, by offering an automatic transmission, what the company really needed to take on Cadillac was bold styling and a V-8 engine. Packard’s engineers had been clamoring for a V-8 and the V-8 engines introduced by Cadillac and Oldsmobile in the post-war years had caught the fancy of the buying public.

Nance encouraged Packard’s engineers to develop a V-8 – and he was hungry for engineering innovations because he was (in his words) “looking for a difference to sell.”

Enter William Allison, an engineer at Hudson who had developed a unique suspension system that eliminated coil and leaf springs, replacing them with chassis-length torsion bars that connected the front and rear wheels. Hudson was pouring its development money into the ill-fated Jet, the too-soon compact car that sank Hudson, leaving Hudson without funds to implement Allison’s innovative suspension system on their own cars. Amazingly, Hudson management gave Allison permission to “shop” his suspension system to other manufacturers. Allison originally approached Packard with his invention in 1947. With the arrival of Nance at Packard, Allison’s torsion bar suspension was just the kind of engineering feature Nance was looking for; it was “a difference to sell.” Allison came over to Packard and work began to fit what the marketing department labeled “Torsion-Level” ride on the ’55 Packard line in conjunction with the introduction of Packard’s new V-8. 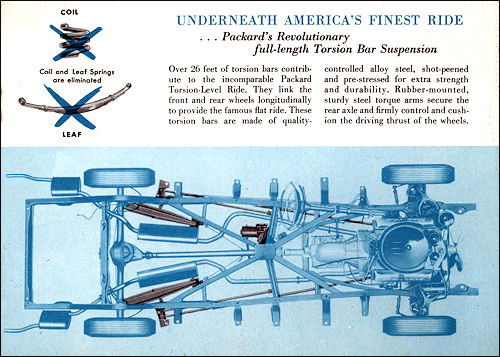 Torsion-Level vastly improved the handling and ride of the Packards. A big problem with almost all American cars of the ’50s was their marshmallow-soft suspensions caused the cars to have severe nose dive with hard braking, “motor boating” on hard acceleration, and excessive roll and pitch when cornering. Torsion-Level allowed Packard to use soft spring rates, but the torsion bars kept everything under control. The ride and handling of the ’55 – ’56 Packards is truly amazing. They are BIG cars. Clippers have a 122″ wheel base and the senior Patricians, Four-Hundreds and Caribbean ride on a 127″ wheelbase. The cars weigh more than two tons. But with Torsion-Level, their handling is nothing less than amazing. Torsion-Level was a true selling feature for Packard in 1955 and 1956, with further refinements of the system planned for 1957. The tragedy of this is that with all the other things that happened in combination to cause Packard’s demise, Torsion-Level ride never made the impact it had the potential of making for Packard. 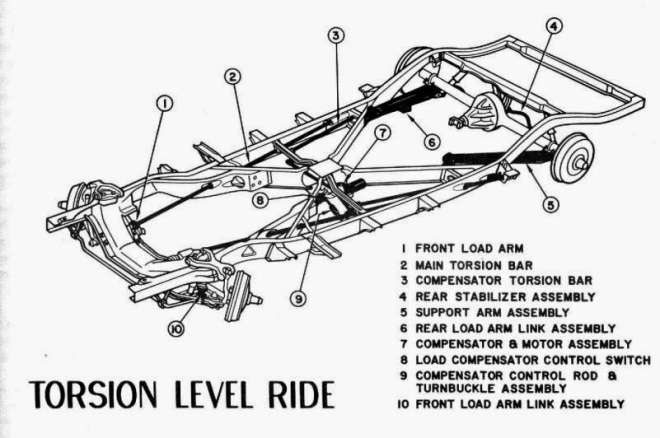 An ad for the 1956 Clipper touting Torsion-Level is HERE and another one, with a catchy jingle, is HERE. 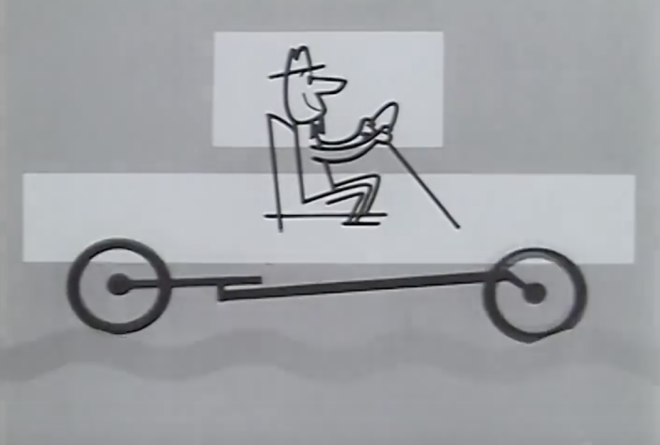 (Hat tip this week to “B-Squared”)