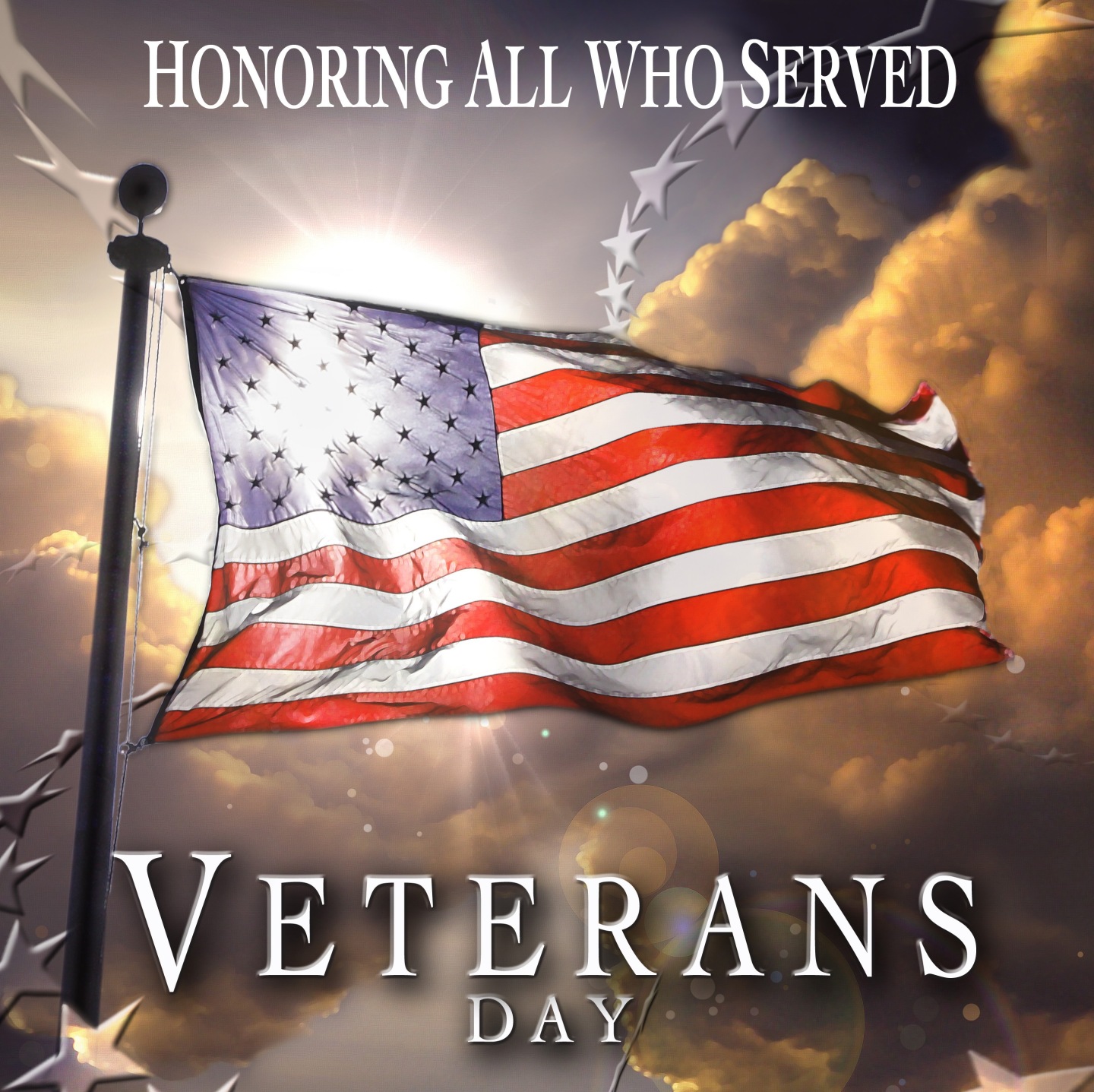 Each 11th of November in the U.S., we pause to salute all who have served in the various branches of our military. It is fitting that we do so and it is appropriate that in the U.S. we honor both those living and those who paid the ultimate price while serving in the military. One regular reader of this blog, himself a blogger, served both in the Navy and the Marines. We have a distant cousin on our mother’s side of the family who served many years in the Navy, mostly on aircraft carriers. So today, we salute everyone who has served but we particularly thank those through the years of our history who paid the ultimate price to defend our freedom.

Veterans Day originated as Armistice Day remembering the end of World War I. It was on the 11th hour of the 11th day of the 11th month in 1918 that the bloody conflagration of nations we now call World War One ended. In the U.S., as memories of World War I began to fade, it was decided that we should use the day on the calendar in which we marked the end of the Great War (as World War I is sometimes called) to honor everyone, living and dead, who have served in the military.

Following is a snap shot of how World War I ended and how it began. At 5 a.m. on 11 November 1918, Germany, bereft of manpower and supplies and faced with imminent invasion, signed an armistice agreement with the Allies in a railroad car outside Compiégne, France. The First World War left nine million soldiers dead and 21 million wounded, with Germany, Russia, Austria-Hungary, France, and Great Britain each losing a million or more lives. In addition, at least five million civilians died from disease, starvation, or exposure.

On 28 June, 1914, in an event that is widely regarded as sparking the outbreak of World War I, Archduke Franz Ferdinand, heir to the Austro-Hungarian empire, was shot to death with his wife by Bosnian Serb Gavrilo Princip in Sarajevo, Bosnia. Ferdinand had been inspecting his uncle’s imperial armed forces in Bosnia and Herzegovina, despite the threat of Serbian nationalists who wanted these Austro-Hungarian possessions to join newly independent Serbia. Austria-Hungary blamed the Serbian government for the attack and hoped to use the incident as justification for settling the problem of Slavic nationalism once and for all. However, as Russia supported Serbia, an Austro-Hungarian declaration of war was delayed until its leaders received assurances from German leader Kaiser Wilhelm II that Germany would support their cause in the event of a Russian intervention.

On 28 July, Austria-Hungary declared war on Serbia, and the tenuous peace between Europe’s great powers collapsed. On 29 July, Austro-Hungarian forces began to shell the Serbian capital, Belgrade, and Russia, Serbia’s ally, ordered a troop mobilization against Austria-Hungary. France, allied with Russia, began to mobilize on 1 August. France and Germany declared war against each other on 3 August. After crossing through neutral Luxembourg, the German army invaded Belgium on the night of 3-4 August, prompting Great Britain, Belgium’s ally, to declare war against Germany.

For the most part, the people of Europe greeted the outbreak of war with jubilation. Most patriotically assumed that their country would be victorious within months. Of the initial belligerents, Germany was most prepared for the outbreak of hostilities, and its military leaders had formatted a sophisticated military strategy known as the “Schlieffen Plan,” which envisioned the conquest of France through a great arcing offensive through Belgium and into northern France. Russia, slow to mobilize, was to be kept occupied by Austro-Hungarian forces while Germany attacked France.

The Schlieffen Plan was nearly successful, but in early September the French rallied and halted the German advance at the bloody Battle of the Marne near Paris. By the end of 1914, well over a million soldiers of various nationalities had been killed on the battlefields of Europe, and neither for the Allies nor the Central Powers was a final victory in sight. On the western front — the battle line that stretched across northern France and Belgium — the combatants settled down in the trenches for a terrible war of attrition.

In 1915, the Allies attempted to break the stalemate with an amphibious invasion of Turkey, which had joined the Central Powers in October 1914, but after heavy bloodshed the Allies were forced to retreat in early 1916. The year 1916 saw great offensives by Germany and Britain along the western front, but neither side accomplished a decisive victory. In the east, Germany was more successful, and the disorganized Russian army suffered terrible losses, spurring the outbreak of the Russian Revolution in 1917. By the end of 1917, the Bolsheviks had seized power in Russia and immediately set about negotiating peace with Germany. In 1918, the infusion of American troops and resources into the western front finally tipped the scale in the Allies’ favor. Germany signed an armistice agreement with the Allies on 11 November, 1918.

World War I was known as the “war to end all wars” because of the great slaughter and destruction it caused. Unfortunately, the peace treaty that officially ended the conflict — the Treaty of Versailles of 1919 — forced punitive terms on Germany that destabilized Europe and laid the groundwork for World War II.

The Friday Funnies will return next week.