Tips of the hat to “Ol’ Petrol Head,” “A. Nonymous,” “Unkle Jerry” and “B-Squared”
for today’s material.

• Two Feet of Snow for Christmas 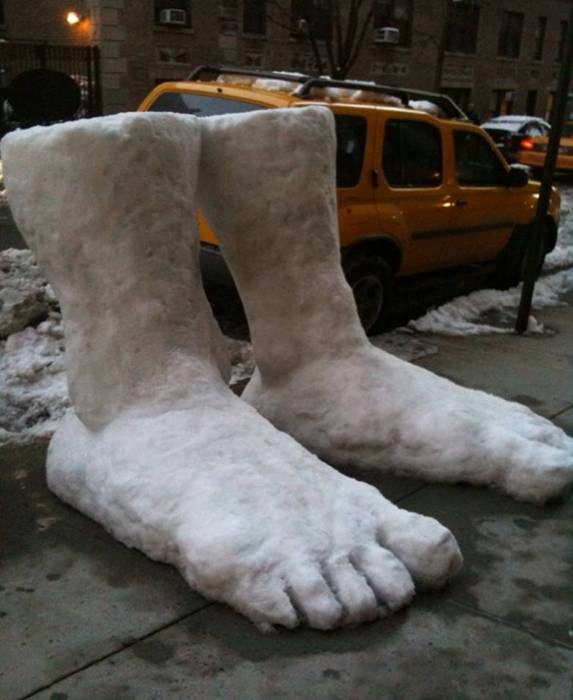 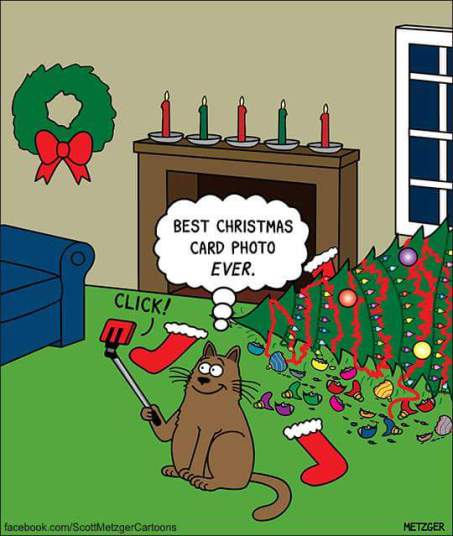 • Quote of the Day

“The one thing women don’t want to find in their stockings on Christmas morning is their husband.”

• Be Safe At Christmas

With the holidays close upon us, I would like to share a personal experience about drinking and driving. As you know, some of us have been known to have brushes with the authorities from time to time, often on the way home after a “social session” with family or friends.

Well, two days ago, this happened to me: I was out for an evening with friends and had more than several scotches followed by a couple of bottles of rather nice red wine and vodka shots. Although relaxed, I still had the common sense to know I was way over the limit. That’s when I did something I’ve never done before — I took a taxi home!! Sure enough, on the way there was a police roadblock, but since it was a taxi they waved it past and I arrived home safely without incident.

This was a real surprise to me, because I had never driven a taxi before. I don’t know where I got it, and now that it’s in my garage I don’t know what to do with it. So, anyway, if you want to borrow it give me a call.
Merry Christmas to all……….

• The Night Before Christmas In Aussie Land

‘Twas the night before Christmas; there wasn’t a sound.

Not a possum was stirring; no-one was around.

We’d left on the table some tucker and beer,

Hoping that Santa Claus soon would be here;

We children were snuggled up safe in our beds,

While dreams of Pavlova danced ’round in our heads;

And Mum in her nightie, and Dad in his shorts,

Had just settled down to watch TV sports.

When outside the house a mad ruckus arose;

Loud squeaking and banging woke us from our doze.

We ran to the screen door, peeked cautiously out, snuck onto the deck, then let out a shout.

Guess what had woken us up from our snooze?

But a rusty old Ute pulled by eight mighty ‘roos.

The cheerful man driving was giggling with glee,

And we both knew at once who this plump bloke must be.

Those eight kangaroos fairly soared through the sky.

Santa leaned out the window to pull at the reins,

And encouraged the ‘roos, by calling their names.

‘Now, Kylie! Now, Kirsty! Now, Shazza and Shane! On Kipper! On, Skipper! On, Bazza and Wayne!

Park up on that water tank. Grab a quick drink, I’ll scoot down the gum tree. Be back in a wink!’

So up to the tank those eight kangaroos flew,

With the Ute full of toys, and Santa Claus too.

He slid down the gum tree and jumped to the ground,

Then in through the window he sprang with a bound.

He had bright sunburned cheeks and a milky white beard.

A jolly old joker was how he appeared.

He wore red stubby shorts and old thongs on his feet,

And a hat of deep crimson as shade from the heat.

His eyes – bright as opals – Oh! How they twinkled!

And, like a goanna, his skin was quite wrinkled!

His shirt was stretched over a round bulging belly

Which shook when he moved, like a plate full of jelly.

A fat stack of prezzies he flung from his back,

And he looked like a swaggie unfastening his pack.

He spoke not a word, but bent down on one knee,

To position our goodies beneath the Yule tree

Surfboard and football shapes for us two.

And for Dad, tongs to use on the new barbecue.

A mysterious package he left for our Mum,

Then he turned and he winked and he held up his thumb;

He strolled out on deck and his ‘roos came on cue;

Flung his sack in the back and prepared to shoot through.

He bellowed out loud as they swooped past the gates-

MERRY CHRISTMAS to all, and goodonya, MATES!’

I recently spent $6,500 on a young registered Black Angus bull. I put him out with the herd but he just ate grass and wouldn’t even look at a cow. I was beginning to think I had paid more for that bull than he was worth.

Anyhow, I had the Vet come and have a look at him. He said the bull was very healthy, but possibly just a little young, so he gave me some pills to feed him once per day.

The bull started to service the cows within two days, all my cows! He even broke through the fence and bred with all of my neighbor’s cows! He’s like a machine!

I don’t know what was in the pills the Vet left for him .. but they kind of taste like peppermint.

Walmartians at home for Christmas:

• My kind of snowplow! 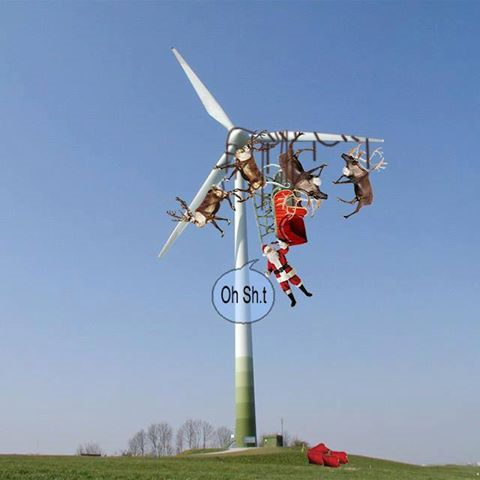 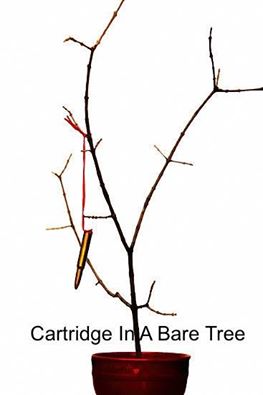 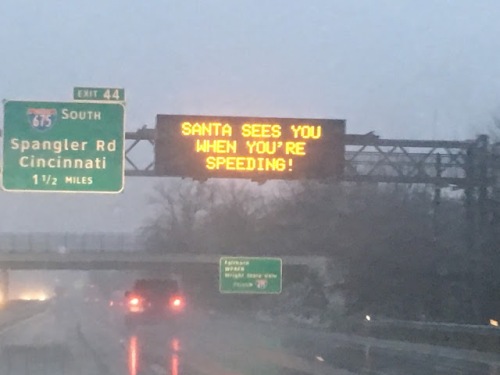 • How Rudolph The Red Nosed Reindeer Came About

A man named Robert L. May, depressed and broken hearted, stared out his drafty apartment window into the chilling December night. His 4-year-old daughter Barbara sat on his lap quietly sobbing. Bobs wife, Evelyn, was dying of cancer. Little Barbara couldn’t understand why her mommy could never come home. Barbara looked up into her dad’s eyes and asked, “Why isn’t Mommy just like everybody else’s Mommy?”

Bob’s jaw tightened and his eyes welled with tears. Her question brought waves of grief, but also of anger. It had been the story of Bob’s life. Life always had to be different for Bob.

When he was a kid, Bob was often bullied by other boys. He was too little at the time to compete in sports. He was often called names he’d rather not remember. From childhood, Bob was different and never seemed to fit in.

Bob, after completing college, married his loving wife Evelyn and was grateful to get a job as a copywriter at the Timothy Eaton Department Store, in Toronto, during the Great Depression. Then he was blessed with his little girl. But it was all short-lived. Evelyn’s bout with cancer stripped them of all their savings and now Bob and his daughter were forced to live in a two-room apartment in the poorer area of Toronto. Evelyn died just days before Christmas in 1938.
Bob struggled to give hope to his child, for whom he couldn’t even afford to buy a Christmas gift. But if he couldn’t buy a gift, he was determined a make one – a storybook!

Bob had created an animal character in his own mind and told the animal’s story to little Barbara to give her comfort and hope. Again and again, Bob told the story, embellishing it more with each telling.

Who was the character? What was the story all about?

The story Bob May created was his own autobiography in fable form. The character he created was a misfit outcast like he was. The name of the character? A little reindeer named Rudolph, with a big shiny nose.

Bob finished the book just in time to give it to his little girl on Christmas Day.

But the story doesn’t end there.

The general manager of the T. Eaton Store caught wind of the little storybook and offered Bob May a nominal fee to purchase the rights to print the book. They went on to print, “Rudolph the Red-Nosed Reindeer” and distribute it to children visiting Santa Claus in their stores.

By 1946, Eaton’s had printed and distributed more than six million copies of Rudolph. That same year, a major publisher wanted to purchase the rights from Eaton’s to print an updated version of the book.

In an unprecedented gesture of kindness, the CEO of Eaton’s returned all rights back to Bob May. The book became a best seller.

Many toy and marketing deals followed and Bob May, now remarried with a growing family, became wealthy from the story he created to comfort his grieving daughter. But the story doesn’t end there either. Bob’s brother-in-law, Johnny Marks, made a song adaptation to Rudolph. Though the song was turned down by such popular vocalists as Bing Crosby and Dinah Shore, it was recorded by the singing cowboy, Gene Autry.

“Rudolph the Red-Nosed Reindeer” was released in 1949 and became a phenomenal success, selling more records than any other Christmas song, with the exception of “White Christmas.”

The gift of love that Bob May created for his daughter so long ago kept on returning back to bless him again and again. And Bob May learned the lesson, just like his dear friend Rudolph, that being different isn’t so bad. In fact, being different can be a blessing.

A true Canadian story, can you believe this? eh?

George Washington and his troops cross the Delaware River on Christmas

… and now, in closing, “B-Squared” tries to hitch a ride from frozen Michigan to Florida for the winter: 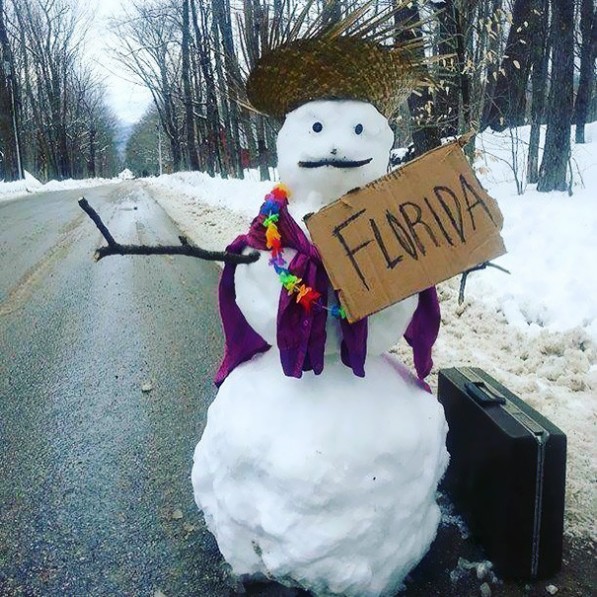