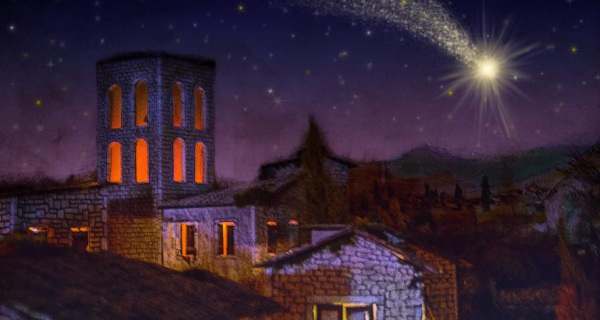 How A Broken Organ and Two Musicians Blessed the World

By Jeff Sanders at PJ Media

It is the song sung in almost every church on Christmas Eve, usually by candlelight. Usually the last song. Accompanied by a guitar, or sung a cappella. It is probably the world’s favorite Christmas carol. Translated into almost 300 languages. . . it is of course: “Silent Night.” Here is the Vienna Boys’ Choir singing it in German as it probably sounded way back when:

This sweet, simple tune — composed 200 years ago this year! — touches the heart like no other song. And its story is just as sweet and simple.

Joseph Mohr was an assistant parish priest at St. Nicholas Church in the Austrian village of Oberndorf — in the Austrian Alps near Salzburg. (Think of the scenery in “The Sound of Music” and you immediately get it.) Father Mohr was the illegitimate son of an embroiderer, Anna Schoiberin. His father was a mercenary soldier and a deserter.

Joseph began life quite disadvantaged, but because of his raw intellect, good nature, talent, and the kindness of Johann Hiernle (the vicar and leader of music at the Salzburg Cathedral) he received a quality education.

Young Joseph was quite the musician! He loved the violin and loved singing. He went on to higher education at the Benedictine monastery of Kremsmünster and the Lyceum in Salzburg. His desire was to serve God as a priest, so he entered seminary and became ordained on August 21st, 1815.

As a parish priest, the people loved him. Mohr truly cared for them, often trudging miles up and over the mountains just to visit his dispersed flock. He began early the habit of giving away virtually all his possessions so he could take care of the poor and needy.

For years we did not know exactly when he wrote “Silent Night” since the original manuscript was lost. However, in 1995 one manuscript in Mohr’s own handwriting was discovered. It shows conclusively that he wrote the words down as a poem in 1816, two years before it became a song.

On Christmas Eve 1818, Father Mohr was thinking of something special for his people. The organ at St. Nicholas Church (what a fitting name for this Christmas story, right?) was broken. Legend has all sorts of explanations, from mice eating the bellows to rust causing problems. But the truth is, we really don’t know why the organ was broken. It just was.

But this hardship became an opportunity. Father Mohr was thinking about his poem — but it needed a tune. So, that afternoon he walked over a mile in the snow over to see his good friend Franz Gruber, the local schoolmaster and organist of the church. Mohr asked his friend if he could come up with a tune, with the worship service only hours away!

Thankfully, Herr Gruber was such a talented musician that he came up with a clear, simple tune in plenty of time. And so the two of them practiced before the people filed in. After all was said and done in the worship service, after the people had thanked God for the birth of the Lord Jesus, Mohr and Gruber began.

Mohr played his guitar and the two of them sang “Stille Nacht” publicly for the first time. Just two “nobodies” playing a tune on a guitar in front of a bunch of people who were not rich or powerful or famous. But of course, they all loved it. (You can see Joseph Mohr’s guitar today at the Franz Gruber Museum in Hallein, Austria!)

A few weeks later the organ repairman, Karl Mauracher, finally showed up. (Aren’t you glad he DIDN’T get the organ fixed before Christmas Eve?) After he repaired the organ he invited Gruber to start playing. Gruber whipped out the song sheet with Stille Nacht on it and began playing.

Mauracher was blown away. He asked if he could take copies of the music to others. Gruber said, “Ja,” and soon the song was in the hands of two traveling families — the Rainers and the Strassers. (Just like 19th century Von Trapp Family Singers, I suppose.) Both groups were so impressed that the put the song in their Christmas repertoire.

By 1834 the Strassers were singing the song before Prussian King Frederick William IV (who immediately ordered his cathedral choir to learn the song). In 1839 the Rainer family sang Stille Nacht (still only in German) for the first time in the United States, at Alexander Hamilton’s monument at Trinity Church in New York City. In 1859, Reverend John Young, an Episcopal priest at the same Trinity Church, published the first translation of the song in English. It is primarily this translation that we know and love today.

But what happened to Mohr and Gruber? Gruber went on to become a successful composer and choirmaster throughout Austria. He was widely known for his time, not only for his tune to “Silent Night” but for other tunes that were popular at the time. He died on June 7, 1863, at the age of 75 and is buried in Hallein, Austria.

Joseph Mohr was shuttled from parish to parish over the years. Life was never easy for him since he suffered from tuberculosis. Yet that never stopped him from visiting his flock and tending to their needs. In his last church in Wagrain, he established a fund to allow children from poor families to get an education and for the elderly to be cared for.

Mohr was born in poverty and he died without a cent. He had given it all away to take care of others. His last duty was in hiking over the mountains to administer last rites to a villager. Joseph’s health finally gave out, and he passed away on December 4, 1848, just ten days shy of his 56th birthday.

He is buried in Wagrain, right next to a school that was named in his honor. And on Christmas Eve each year, choirs assemble around his grave, and sing Stille Nacht.

And that is how we got our song. Thank you, Franz. Thank you, Joseph. Thank you, Lord, for using them to bless the world for the last 200 years.