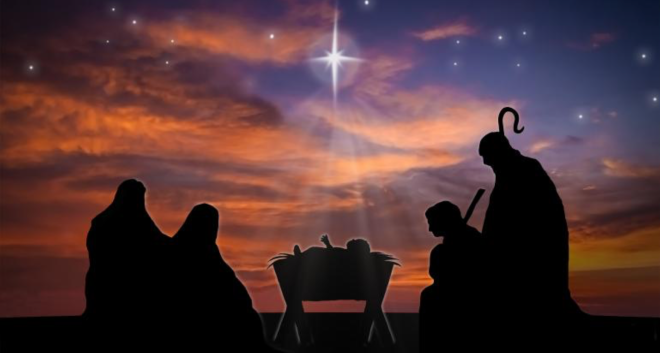 The Back Story to
“O Come, O Come Emmanuel”

By Jeff Sanders at PJ Media

It is probably my favorite Christmas carol. “O Come O Come Emmanuel” is slow and majestic, haunting and thrilling and comforting. Here is my favorite rendition of it, in Latin with English subtitles:

The theology is ancient, rich, and deep. And the author is unknown. Very possibly it was a monk or nun somewhere in Europe wrote this as a poem sometime before AD 800 (as part of a series of hymns called the “Antiphons”). We sometimes refer to that era as “the Dark Ages” (but it was modern times for the people who were living in it!).

For us today it seems like civilization just fell apart after the fall of the Roman Empire. Mankind slid backwards into chaos, ignorance, pestilence, and unending warfare. But someone, somewhere penned a poem that would reach across the ages and encourage millions today. Who knew?

During those “Dark Ages,” the Bible was inaccessible to most people. But the author who wrote this poem must have had a full knowledge of Scripture. The words about the coming of the Messiah display a wealth of phrases from both the Old and New Testaments. He is the “rod of Jesse,” the “Dayspring from on high,” the “Key of David,” and “Wisdom from on high.”

For the people of the Medieval world who had little access to actually reading the Bible, poetry (and other art forms) taught them, expressing the hope and truth of Christmas — that we are not alone in the universe, but that God has kept His ancient promises and entered human history to redeem mankind.

So how did this song become so popular? In the early 19th century an Anglican priest named John Mason Neale was reading through a German book of hymns called Thesaurus Hymnologicus (published in 1844). It contained songs from another book called the Psalteriolum Cantionum Catholicarum (published in Cologne in 1710). (Some people golf for relaxation; others read ancient poems in Latin, I guess!)

Anyway, Rev Neale was a brilliant but frail man. He could write and speak over twenty languages! He should have been a leading scholar/preacher of his church. But through some political machinations, jealous people had him “exiled” to some forgotten church in the Madeira islands off the coast of Africa.

But he did not despair.

This pastor was too busy working to stay down in the dumps! He established an orphanage, a school for girls, and a ministry to evangelize and reclaim women enslaved in prostitution. Apparently in the midst of a very busy schedule, he found time to read and he stumbled across the basic words to “O Come O Come Emmanuel” in Latin.

Rev. Neale translated the text into English and published both the English and Latin verses in 1851. A gentleman named Thomas Helmore found a tune to go with the song (the slow melodious tune we all know and love) and wedded the tune to the words.

Turns out that the tune goes back to a 15th century French Franciscan convent of nuns who ministered in Portugal! Think about that. A gift was penned by an unnamed monk or nun maybe 1200 years ago. Rediscovered and translated by a forgotten evangelist on an island off the coast of Africa. Given a tune by another Englishman who lifted it from a hymnbook of French Franciscan nuns in Portugal.

What’s the lesson I learn from this? No one does it alone. God orchestrated all these people through that expanse of time to bring it all together to give us a song of hope. He is here at work among us and He does indeed care. Emmanuel: God with us.

Our spirits by Thine Advent here

Disperse the gloomy clouds of night