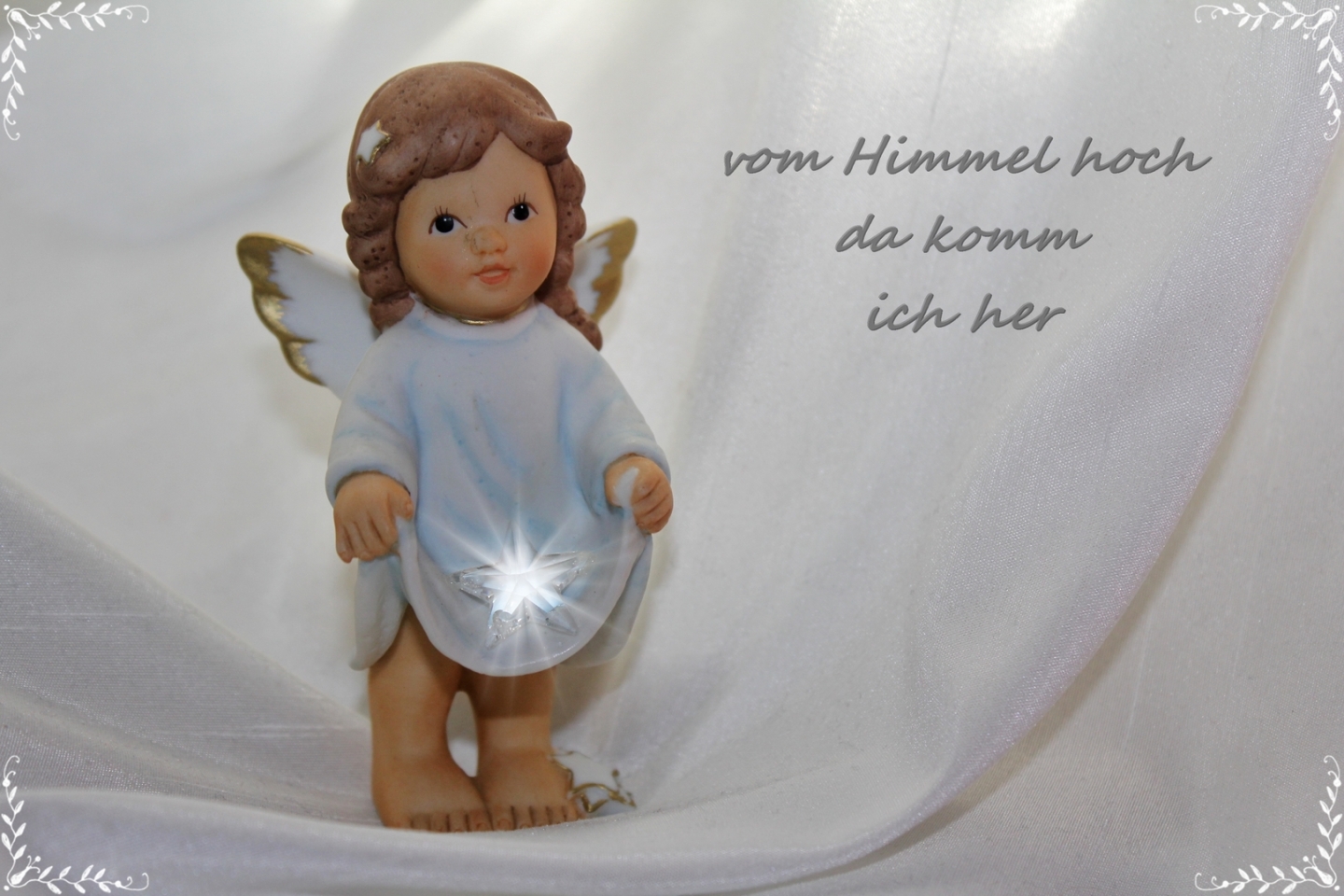 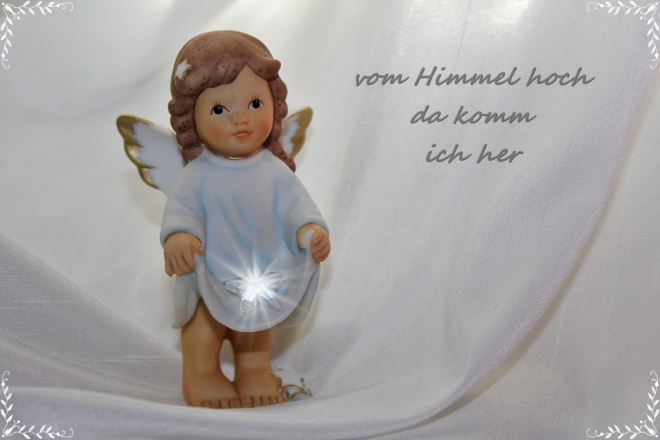 “From Heaven Above to Earth I Come”
Vom Himmel Hoch

This Christmas carol was originally penned by Martin Luther for his five-year old son Hans. It was sung at Luther’s home on Christmas Eve as a man dressed as an angel sang the opening verses. It was published four yeas later. German Valentin Schumann composed the musical setting most commonly used with the text today in 1539. Catherine Winkworth translated it into English in 1855.

The hymns Martin Luther composed often had many verses and Vom Himmel Hoch is no exception – there are 15 verses in total! Here are three:

From heaven above to earth I come,
To bear good news to every home,
Glad tidings of great joy I bring,
Whereof I now will gladly sing.

To you this night is born a Child
Of Mary, chosen mother mild;
This little Child, of lowly birth,
Shall be the joy of all the earth.

Glory to God in highest heaven,
Who unto us His Son hath given!
While angels sing with pious mirth,
A glad New Year to all the earth.

Luther, though a rebel, was no Puritan. He was a passionate lover of music and folk-poetry. “I would fain,” he said, “see all arts, especially music, in the service of Him who has given and created them.” Kindly, a lover of children, he had a deep feeling for the festival of Christmas; and in 1534 (some sources say 1531) he wrote for his children (including his little son Hans) one of the most delightful and touching of all Christmas hymns — “Vom Himmel hoch, da komm ich her.” According to Clement Miles, its first verse was adapted from a secular song; its original melody may have been composed by Luther himself. There is another Christmas hymn by Luther — “Vom Himmel Kam Der Engel Schar” — written by him in 1543 for use when “Vom Himmel hoch Da Komm Ich Her” was thought too long. One English Translation is To Shepherds As They Watched By Night by Richard Massie (1854).

The song was designed to show, first, the angel’s declaration to the shepherds; originally, the first five verses were sung by a man (dressed as an angel). This declaration was followed by the shepherds’ response, and our welcoming of our Savior (the next 9 verses were sung in response by Luther’s children, with the last verse sung by the angel and the children together). “Together, this entire package forms a whole piece of teaching and admonition as well as gratitude to God,” wrote Leonard Payton (Trinity Hymnal Commentary, 1990 Hymnal).

Here is Nom Himmel Hoch in a German sing along version:

That most famous of Lutheran Composers, Johann Sebastian Bach, wove the theme into his Magnificat (BWV 243) (1 min. 43 sec.):

Another Lutheran composer, Michael Prætorius, used it in his Lutheran Mass for Christmas (5 min 13 sec):

Sixth Day of Christmas: The Back Story to “Come, O Come Emmanuel”

The Eighth Day of Christmas: The Powerful Story Behind “O Little Town of Bethlehem”

The Ninth Day of Christmas: What Child Is This?

The Tenth Day of Christmas: Of The Father’s Love Begotten