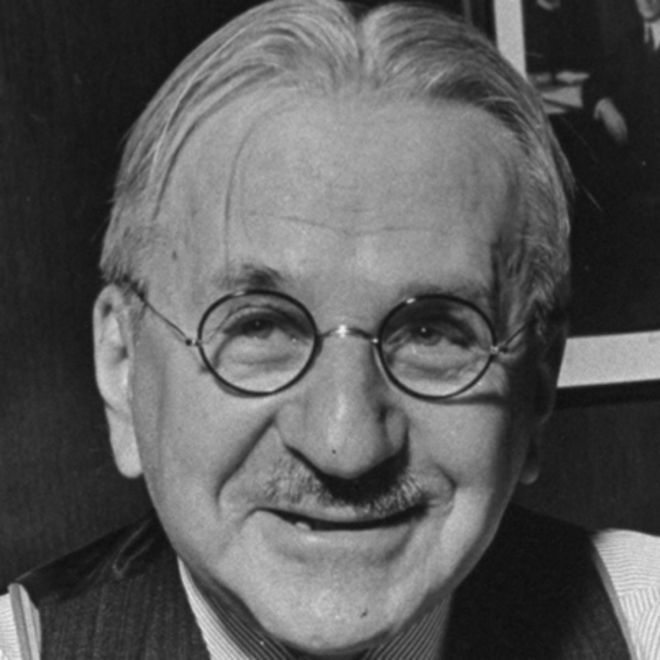 On 8 December 1942, the architect and engineer Albert Kahn – known as “the man who built Detroit”– died at his Detroit home. He was 73 years old. Kahn and his assistants built more than 2,000 buildings in all, mostly for Ford and General Motors. According to his obituary in The New York Times, Kahn “revolutionized the concept of what a great factory should be: his designs made possible the marvels of modern mass production, and his buildings changed the faces of a thousand cities and towns from Detroit to Novosibirsk.”

Albert Kahn was born in Germany in 1869. When he was 11, his family moved to the United States and settled in Detroit, where the teenager took a job as an architect’s apprentice. In 1902, after working at a number of well-known architectural firms in Detroit, Kahn started his own practice.

“Architecture,” Kahn liked to say, “is 90 percent business and 10 percent art.” His buildings reflected this philosophy: they were sleek, flexible, and above all functional. Besides all that utilitarian concrete, they incorporated huge metal-framed windows and garage doors and acres of uninterrupted floor space for conveyor belts and other machines. Kahn’s first Ford factory, the 1909 Highland Park plant, used elevators and dumbwaiters to spread the Model T assembly line over several floors, but most of his subsequent factories were huge single-story spaces: Ford’s River Rouge plant (1916), the massive Goodyear Airdock in Akron (1929), the Glenn Martin aeronautics factory in Maryland (built in 1937 around an assembly floor the size of a football field) and, perhaps most famous of all, the half-mile–long Willow Run “Arsenal of Democracy,” the home of Ford’s B-24 and B-29 bombers in Ypsilanti, Michigan.

Above: The Kahn-designed 1,000,000 square foot Willow Run plant, operated by Ford, built B-24  Liberator and B-29 Stratofortress bombers in World War II. After the war, Kaiser-Frazer acquired the plant and built Kaiser and Frazer cars there.

Above: Iron ore stored outside of the steel mill at Ford’s River Rouge plant.

Ford’s River Rouge plant was the fulfillment of Henry Ford’s dream of having raw materials come in one end and finished cars roll out the other end of the plant. Ford made steel and glass on-site for the cars built at River Rouge. Ford operated a fleet of ore carrying ships that brought iron ore to River Rouge. After the end of World War II, Ford’s Willow Run B-29 bomber plant, which encompassed 1,000,000 square feet, became home to Kaiser-Frazer. The Packard plant, Kahn’s first large scale project, ultimately occupied 43 acres.

Above: The Albert Kahn-designed Packard plant in its heyday.
Below: The massive plant came to symbolize Detroit’s decay as it lay abandoned. 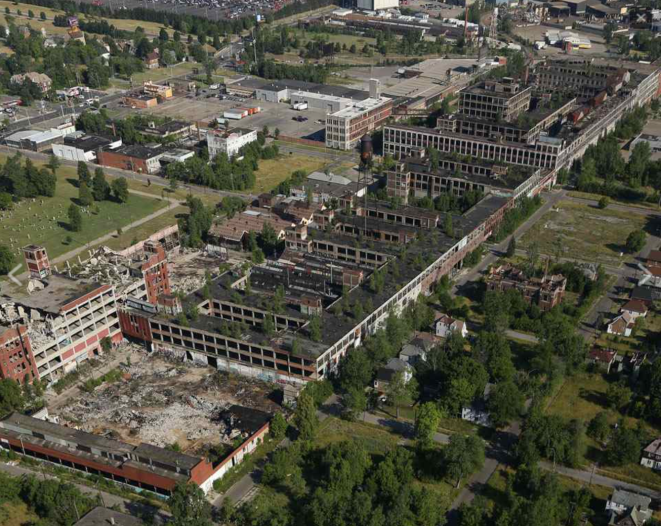 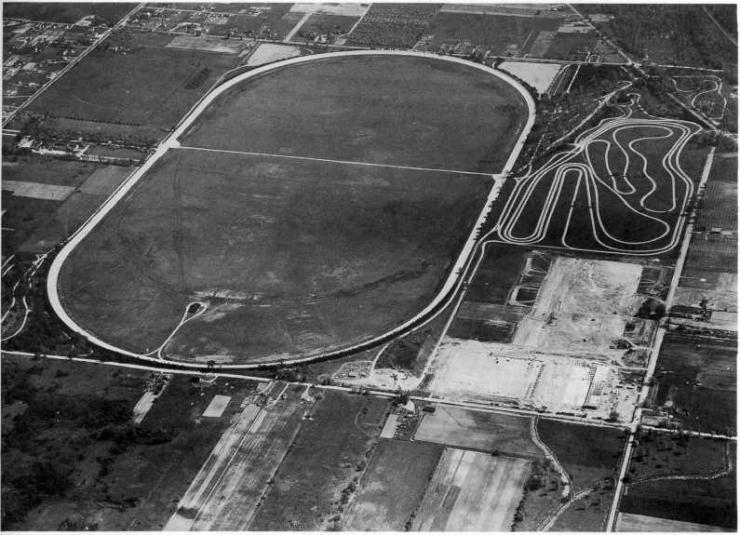 After many years of decay, the Packard Plant has been acquired by Fernando Palazuelo, a Spanish-born investor from Peru. Palazuelo has begun cleaning up the site and has begun the restoration of the Administration Building. Fernando Palazuelo has acquired the long-decaying Packard plant and has begun cleaning the site and restoring the Administration Building.

Though Kahn designed a number of non-factory buildings, including the Ford and GM office towers in downtown Detroit and the Lodge at the Packard Proving Grounds, he is best known for building factories that reflected the needs of the industrial age. We still celebrate his innovations today.

Birth, Death and Re-birth of the Packard plant:

Interactive photos of the plant when it was in operation and how it looked before the restoration began HERE.

Above: The Packard plant once symbolized the growth of Detroit. 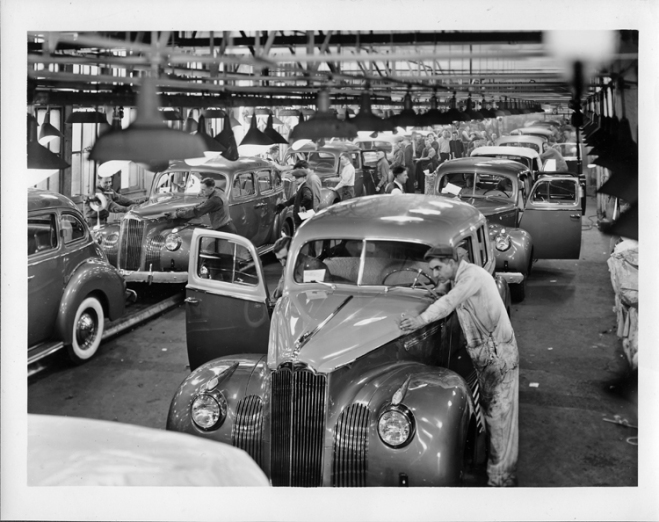 Above: 1941 Packard production.
Below: Packard Clippers on the production line. 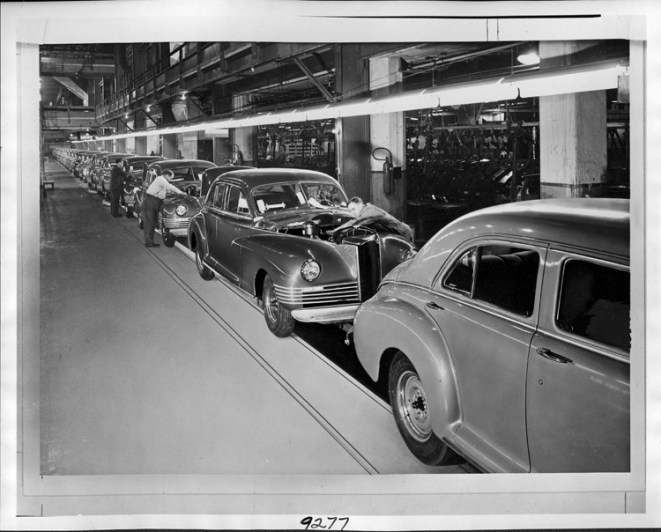 Below: From symbolizing Detroit’s growth, the Packard plant in its decay came to represent the decline of Detroit. 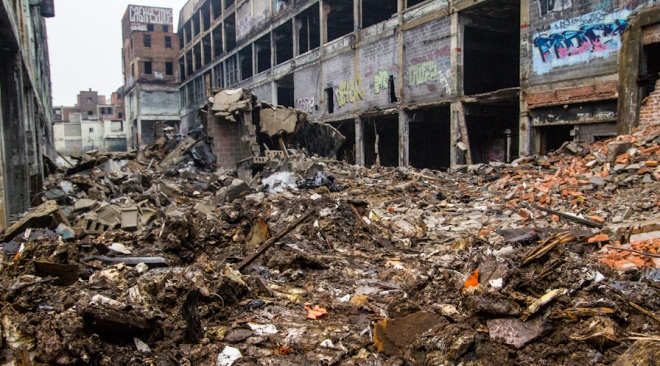 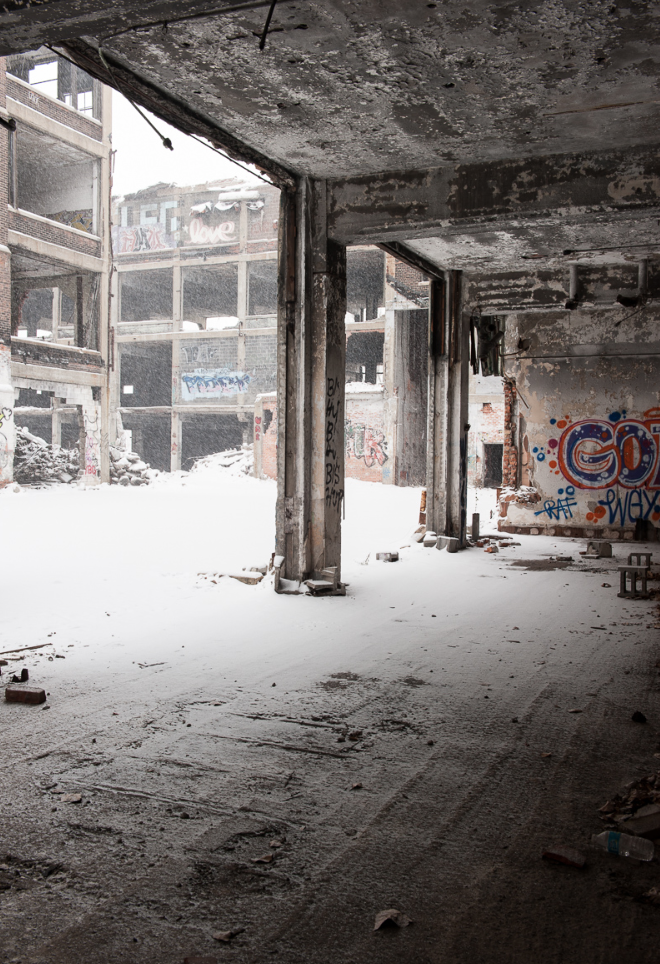 Below: how sad -the once grand Administration Building. 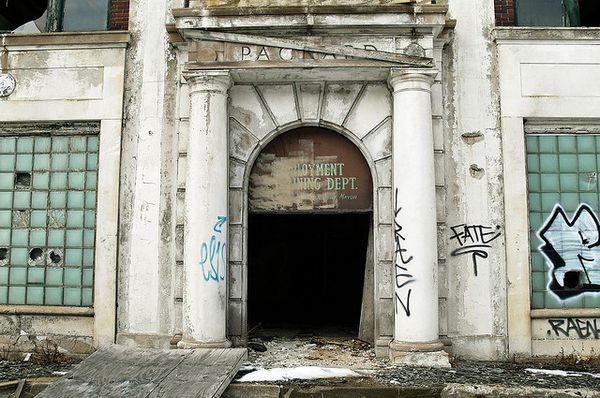 Below: the clean up and restoration begins.

Above: the bridge between the buildings in 1954.
Below: the badly decayed bridge in 2009. Restoration of the bridge has begun.

Below (and link): The backbone of Packard: an appreciation of Packard employees 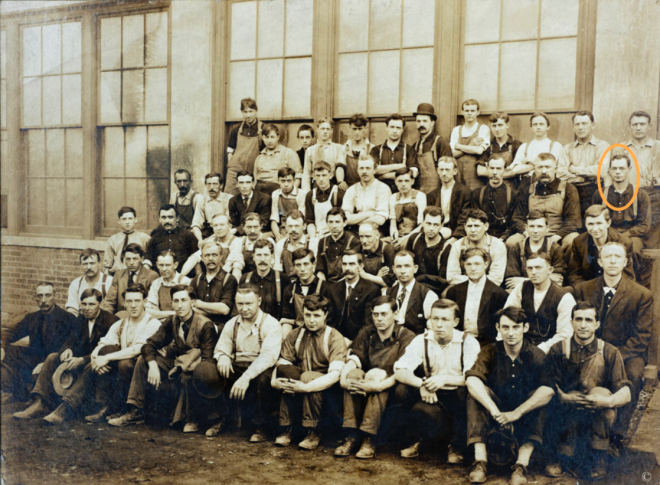