Thank God For The Stupid Party

By Steven Hayward at Power Line

There’s an old story, likely apocryphal, of the Russian visitor to the U.S. Senate shortly after the Soviet Union imploded in the early 1990s who asked a Republican staff member to explain America’s two-party system. The answer:

“It’s very simple. In America we have the Evil Party and the Stupid Party. Sometimes these two parties get together and do something really evil and stupid. That’s called bipartisanship.”

Conservatives are grateful, and pleasantly reassured, that Donald Trump, the least ideological president in modern times, has assembled a cabinet and senior staff that is in most regards to the right of Ronald Reagan’s cabinet, and is pursuing an unapologetic conservative policy agenda (with a couple of significant caveats on entitlement reform and the budget deficit overall). And I credit John’s theory that the left’s hysterical reaction to Trump drove him firmly to the right.

Schumer is a very smart man, and probably knows he could cut some great deals with our Deal-Maker-in-Chief. A trillion-dollar infrastructure plan that congressional Republicans are lukewarm about at best? Catnip for Democrats—if only their base will let them deal.

Democrats have been so eager to paint Mr. Trump as a right-wing lunatic that they’ve actually started to believe it—at their peril. The reality is that Mr. Trump is one of the least ideological Republican leaders in modern history. He wasn’t even a member of the GOP until recently. And while he clearly intends to uphold his campaign promises, he’s a negotiator who is always up for a deal. This is a man the Democratic Party can work with, if it chooses.

The Democratic temptation will be to continue to resist and obstruct. The party will tell itself that this strategy worked against Mr. Bush, that it worked for the Tea Party against Mr. Obama, that Mr. Trump will surely grow more unpopular.

Then again, the Trump phenomenon is rooted in voters’ growing disgust with politics as usual. Although Mr. Trump’s personal approval ratings are far from stellar, the latest poll from this newspaper and NBC shows that voters appreciate the president’s directness, his decisiveness, and his intention to get things done. The poll also shows a growing sense of optimism and a sharp turn against the Democrats. Obstruction would be taking a big chance in these times.

Trump has been lucky with his opponents from the beginning, from Low-Energy Jeb to Lyin’ Ted. He really ought to let fly with “Demented Democrats,” and sit back and watch the fun. It’s almost like they’re trying to become a Fake Political Party.

Speaking of Steven Hayward – here is his

The Week In Pictures – The Trumpening Edition

Liberals and the media (but I repeat. . .) are in a lather about the Russia business, but if that’s all they’ve got, they’re likely to run out of gas pretty fast, and be left mumbling about “Trump fascism” on street corners while pedestrians do their best to look the other way or cross the street in a hurry. Another great week for Trump, near as I can tell. You’d almost think he’d won an Oscar for Best Underrated Performance in a Joint Session of Congress.

Never forget that it was the Democrats who founded the Ku Klux Klan – a historical fact the Democrats always conveniently forget when they accuse Republicans or Conservatives (there is a difference …) of being the modern KKK:

The ‘rats respond to Trump’s speech to the joint session of Congress: 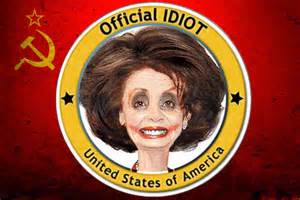 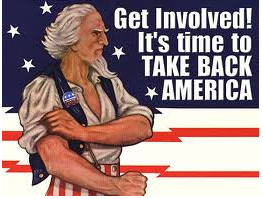 Write RINO Ryan’s office and tell him to repeal ALL of Obamacare – don’t replace it with RINOcare: Click HERE