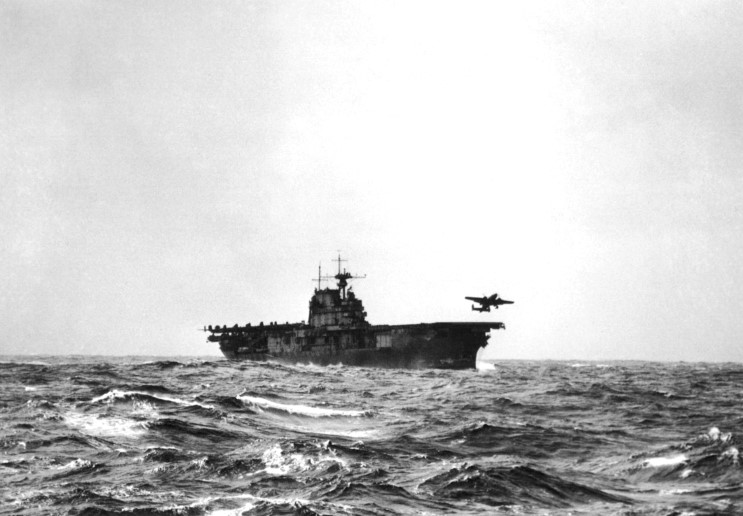 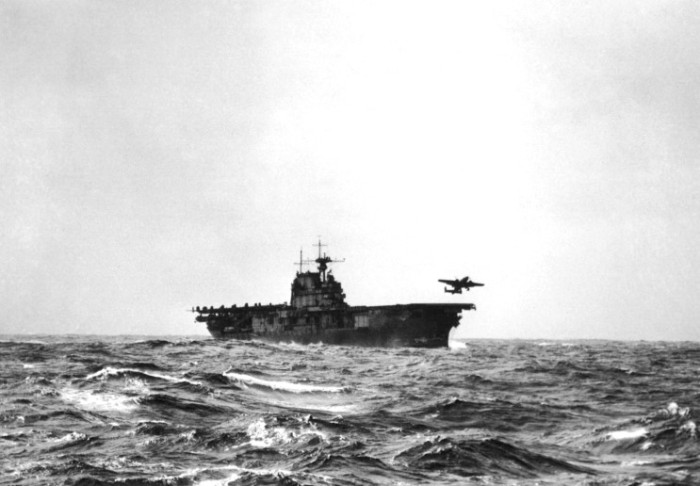 Today is the 75th Anniversary of the Doolittle Raid on Tokyo, 18 April 1942. It was a bold and imaginative raid, just what would be expected of Yankee ingenuity. Although the raid did little lasting damage to the Japanese war machine, it served its purposes of putting the Japanese on notice that the U.S. will fight back. It also served the badly-needed purpose of boosting morale at home. The U.S. reluctantly entered the war against the Axis powers after the Japanese attack on Pearl Harbor. Worldwide, the news up to this point in 1942 had been of one setback after another for the Allies in all theaters of the war.

The planes were launched from Hornet some 650 miles from Tokyo. The attack convoy had been sighted by a Japanese boat, so the decision was made to launch early. It was not an easy launch – the seas were very choppy and the pilots had to time their take off to the up pitch of the bow of the ship. There was only about 4 feet of clearance between the wingtips of the planes and the island on the flight deck on the starboard side and only about 4 feet of clearance on the port side. Nonetheless, all 16 planes were successfully launched.

The crews of the planes had practiced over land areas that had been laid out like the target cities. The planes were prepared at McClellan Army Air Force base northwest of Sacramento, California and flown to the Naval Air Station at Alameda, California in San Francisco Bay. At NAS-Alameda, the planes were hoisted onto Hornet which was docked at Pier 3 of the NAS. Hornet CV-8 participated in the Battle of Midway and was lost at the Battle of Santa Cruz Island, all in 1942. As the U.S. Navy has had a Hornet in its arsenal almost since the beginning of the Navy, CV-12, which was under construction when CV-8 was lost, was quickly re-named Hornet rather than Kearsarge as originally planned. CV-12 went on the have a storied career herself, including fetching two of the Apollo space capsules and their crews from the ocean. CV-12 is now docked at the same Pier 3 in Alameda as was CV-8 and is open for tours. When CV-33 was built, she then took the Kearsarge name originally slotted for CV-12. 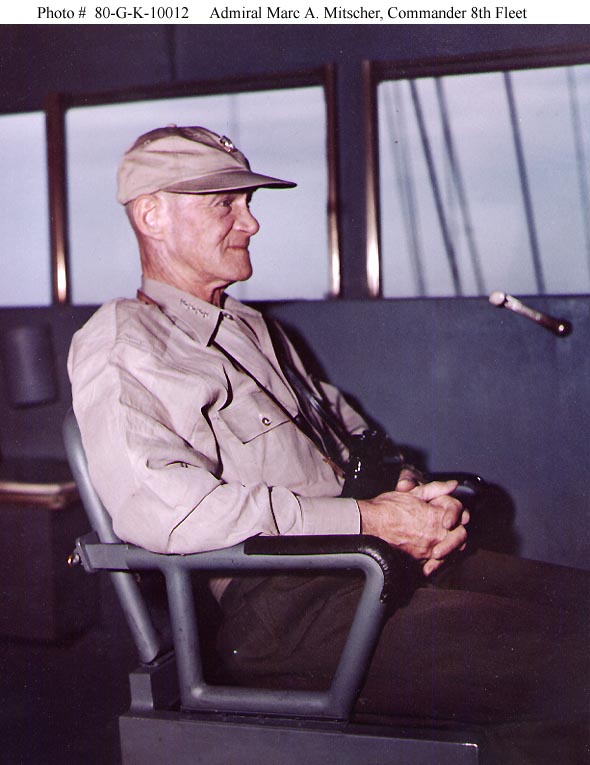 Hornet was commanded by Captain Marc Mitscher who was promoted to Admiral soon after the raid on Tokyo. Mitscher and Hornet would figure largely in the the Battle of Midway later in 1942. Mitscher looked out for the welfare of his crews, famously turning on the deck lights at night (against Navy protocol) during Midway so that his air crews could find their way back to the ship. He is largely forgotten today. He shunned publicity and burned his papers after the war. He died in 1947, only 60 years old.

The Tokyo task force was commanded by the flamboyant Admiral William Halsey, who, unlike Mitscher, was not shy about possibilities for publicity.

Japanese Premier Hideki Tojo was inspecting military bases during the raid. One B-25 came so close that Tojo could see the pilot, though the American bomber never fired a shot at the inspection party. The raid did cause the Japanese government the thing that all Asian cultures seek to avoid at all costs: to lose face. Believing the air raid had been launched from Midway Island, approval was given to Admiral Isoroku Yamamoto’s plans for an attack on Midway. Midway turned out to be a costly defeat for the Japanese, causing Tojo and his warlords to lose even more face. Midway is considered to be the turning point in the war in the Pacific, the point where the U.S. and its Allies began to stop the Japanese advance across the Pacific. 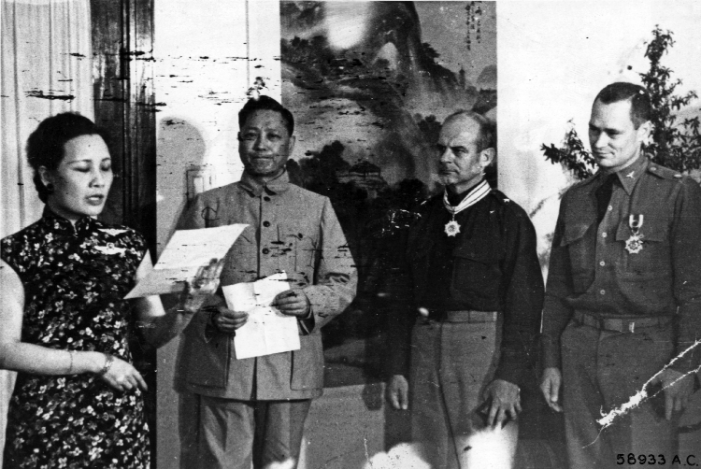 Mme. Chang Kai-Shek fetes Lt. Col. Doolittle and his Raiders after their attack on Japanese targets.

Three members of the Doolittle Raid crew were captured and executed by the Japanese after the American plane crashed. A fourth starved to death in prison. One crew, whose plane landed in Russia, was interned by the Russians. The others landed safely in China as planed and were feted by Mme. Chang Kai-Shek.

Seventy-five years ago, the men on this mission put their lives on the line for our future. It is important that we remember what they accomplished.