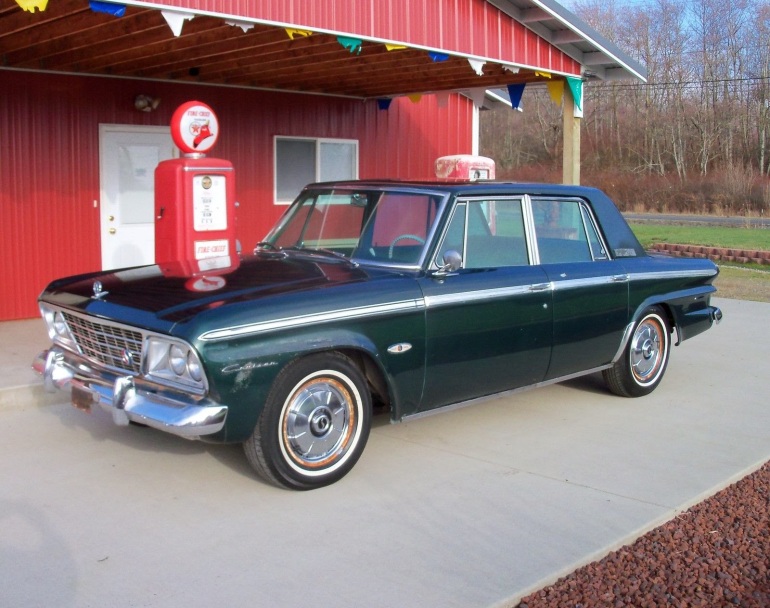 In previous posts, we’ve covered how the Studebaker board of directors sent an outsider, Sherwood Egbert, to South Bend to close Studebaker’s auto operations down. Upon arriving in Indiana, Egbert became enamored of the company and, rather than ending auto operations, went “pedal to the metal” trying to save them.

Brooks Stevens’ ’65 Studebakers never got past the running prototype stage.

As Stevens went to work on the passenger cars, Egbert commissioned Raymond Loewy to come up with an exciting sport coupe, which became the Avanti. (The Avanti, which had an all-new fiberglass body, still used the existing undercarriage with the same 1953 origin as the rest of the line.)

Stevens, cleverly working within the constraints of the always tight development budgets at Studebaker, phased new sheetmetal into the passenger car line over three model years. As a result, by the time the ’64s were introduced, it was difficult to know that the 1964 Studebakers were still built around the body shell that debuted in 1953. It was Stevens who worked another miracle on the Hawk, turning another of Studebaker’s 1953 body shells into one of the finest designs of the mid-1960s. 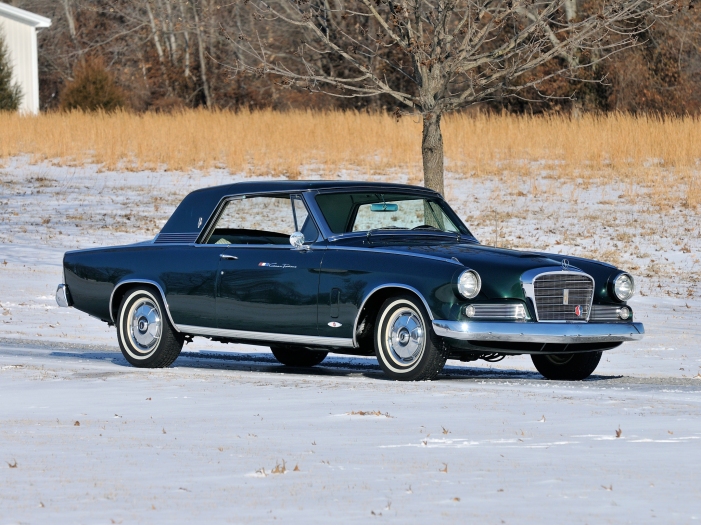 From Packard, Studebaker had inherited the Twin Traction limited slip differential. The passenger cars were among the first in the U.S. with available front disc brakes, an important safety feature Studebaker launched with the Avanti.

Turning every leaf to differentiate itself from the Detroit “Big Three”, Studebaker injected Avanti performance into the passenger cars by making the hot Avanti R1 and supercharged R2 and the R3 power plants available in Super Lark and Super Hawk packages.  Even limited as it was in displacement, the Studebaker V-8 was one tough little engine, very well-engineered and highly capable of surprising competitors in formal and informal races. Avanti-powered Super Larks still surprise people at drag strips as witnessed by the “Red Tomato” and the “Plain Brown Wrapper“.

Other things Studebaker offered that no one else in the American car industry had at the time was the “Sky Top” sunroof option, Stevens’ very clever sliding roof option for the station wagons and a “vanity kit” with a lighted mirror and accommodations for women’s makeup in the glove box.

1963 Wagonaire with the sliding roof. You could haul a refrigerator in this car!

The vanity kit with lighted mirror in an Avanti

The dynamic Egbert was forced by cancer to resign. Byers Burlingame, who had come to Studebaker from Packard, stepped in and did the deed Egbert was mandated to do and ended production in South Bend just before Christmas in 1963. It wasn’t a very merry Christmas for the thousands of Studebaker families that year.

The last day of Studebaker production at South Bend.

Courtesy of “Chris-to-Fear” we continue with photos of old gas stations at
Curbside Classic: