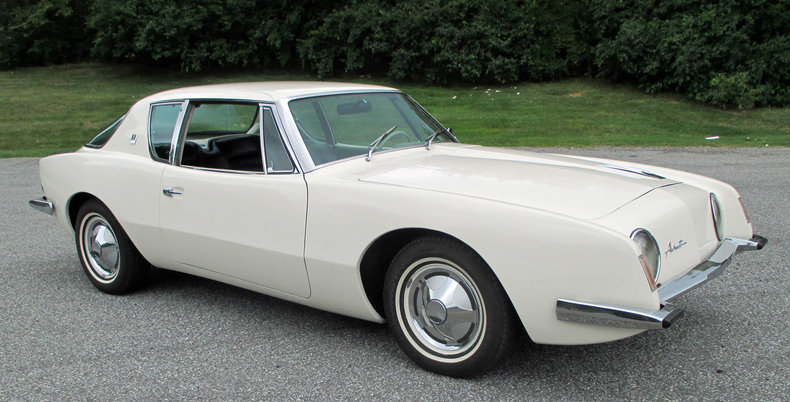 My first two times were both in white Studebakers -first two times to drive 100 m.p.h., that is. The first time was in Warren Trewick’s ‘57 Golden Hawk in Tulia, Texas in 1963. The next time was two years later in Louis Kerr’s ’63 Avanti R-2 4 speed in Lubbock, Texas.

Louis Kerr was the long-time Studebaker dealer in Lubbock. He stuck with Studebaker right to the end in 1966. After Studebaker quit building cars altogether, Kerr carved a niche for himself by continuing to sell Studebaker parts and servicing the cars. He was the only Studebaker service and parts option in a radius of 150 miles or more.

When Studebaker quit building cars in its historic home, South Bend, Indiana,  just before Christmas, 1963, Kerr bought a Texaco station on West 19th Street and rented space in a building behind the station where he moved his Studebaker parts and service department from his former dealership on Main Street, downtown. He also had a small showroom next to the newly-relocated parts and service departments. He always had a few Studebakers in stock – even the Canadian-built ones.

Mr. Kerr bought a Texaco station that looked much like this one. He moved his Studebaker sales, parts and service departments to a building behind his Texaco station.

Having a soft spot in my heart for Studebakers, I wanted to support Mr. Kerr any way I could. I would drive my Dresden blue ’57 Ford Custom Tudor some 30 blocks across town to buy my gas from Mr. Kerr’s Texaco station. Often, Mr. Kerr himself would pump my gas. Those were the days when service stations still gave service! Having become a regular customer, I got to know him. He was always pleasant and amiable and it didn’t seem to bother him at all to pump gas for his customers.

Mr. Kerr always had a few cars that were for sale parked in front of his station on the curb along West 19th Street. Among the cars he kept out front was his personal car, an Avanti White ’63 Avanti R-2 (supercharged) four speed with the turquoise interior that included the rarely-seen perforated seat inserts. (The perforations in the seat inserts improved breathing, making the vinyl less sticky on hot days.) He didn’t really want to sell his Avanti, but he kept it out front because it attracted attention.

If the Avanti was out front when I came in for gas, I would always get out of my Ford and go ogle the Avanti. Mr. Kerr seemed to be impressed with my knowledge of Studebakers. I was 18 and he was then 55, but he always treated me as if I was a peer rather than a brash teenager.

After I got to know him, I told him about my adventure in Tulia where my first time to drive 100 mph was in a ’57 Golden Hawk.

It is curious that I had never taken my Ford up to 100. It was certainly capable of it. That car began life with Ford’s 272 cubic inch V-8 and a “three on the tree” manual transmission. I had bought it from my high school buddy, Don Shackelford, when Don got a new ’64 Falcon Sprint. Don had fitted the ’57 with the big-valve heads and 4 barrel carburetor from a Thunderbird 312. He put in a Hurst floor shifter and added dual exhausts with glass packs. That Ford had a nice rumble! Don had been the terror of the impromptu drag strip on a Farm-to-Market road on the north east side of Tulia. When I bought the car from him, I would take it occasionally out to the drag strip, but I was never as “bitten” with the bug to drag race as many others in Tulia High School. I don’t recall ever taking the car above 90, even on the drag strip. So, my first time to drive 100 was in Warren Trewick’s supercharged ’57 Studebaker Golden Hawk.

In 1964, we moved from Tulia back to my home town some 72 miles south, Lubbock, and that is when I began buying the gas for my Ford from Louis Kerr. When I was at his station and the Avanti was out front, it was usually unlocked. I would often get in and shift the four speed transmission as if I was really driving it.

One day when I was doing this, Mr. Kerr came over to the Avanti, dangling the keys. He said, “Here, Mr. Studebaker Expert, why don’t you take it for a spin?” I was thrilled! I asked if he was going with me. He replied, “No, I’ve got to stay here and pump gas.” I was amazed that he trusted me enough to let me drive his Avanti alone. What he did next still amazes me – he said “Take it out west of town and give it the gas.” WOW! What an invitation!

I started the Avanti, eased it out of Mr. Kerr’s station and headed west on 19th Street toward Reese Air Force base. In town, I was amazed at the responsiveness of this Avanti. This was one quick car! When I cleared the city limits, finding traffic to be favorable for a little “lead foot” action, I put the hammer down. Before I knew it, I was blasting along Highway 114 (which in town is 19th Street) toward the next town west, Levelland, at 100 mph.. The sensation in the Avanti was much different than it had been in the ’57 Golden Hawk – everything happened much faster in the Avanti!

When I got back to Kerr’s Texaco, Mr. Kerr asked what I thought. I expressed my delight at how quick the car was. I confessed that I took it up to 100. He smiled, winked, and said, “I knew you would.”

Louis Kerr was born in 1910 in a small farming community in Texas. He opened Kerr Motor Company on Main Street in Lubbock, Texas in 1947 as the town’s Studebaker dealer. Several years after Studebaker ceased all automobile production, Mr. Kerr sold his Texaco station and became the Lincoln-Mercury dealer in Lubbock. He was active in leadership roles at First Presbyterian Church and various civic organizations in the city. Mr. Kerr died at age 93 in October, 2003.

A tip of the hat “Chris-to-Fear” for inspiring today’s post by sending what follows – Avanti lovers, this is a “must read”!

Raymond Loewy’s Studebaker Avanti elevated him to cultlike status …
that, and his  recipe for blueberry cheesecake. More than a designer, Raymond Loewy was a true renaissance man. An enthusiastic chef, he developed several recipes, including this one.

Preheat oven and baking sheet to 350 F.
In a bowl, beat cream cheese, 1/2 cup sugar, and eggs until smooth and well-blended.

Pour into pie crust and bake for 30 minutes or until filling is firm.

Cook and stir over medium heat until thickened and bubbly. Remove from heat and stir in blueberries. Spread blueberry mixture evenly over cream cheese filling.

Refrigerate 3 hours or until ready to serve.