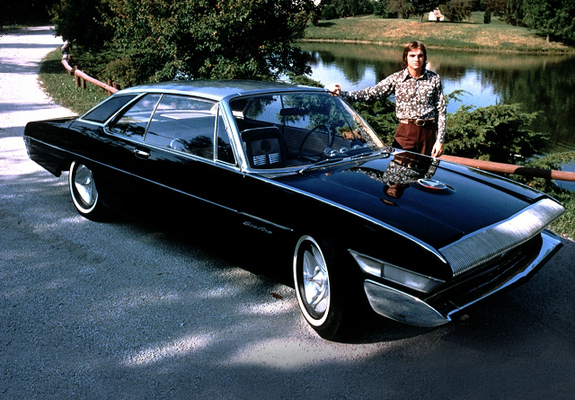 Studebaker’s Board of Directors had given up on salvaging Studebaker’s auto production shortly after sales of the Lark, which had briefly saved the company, began to falter. The board brought hard charging retired Marine Sherwood Egbert in with a mandate to shutter the automotive side of Studebaker’s business.

The success, brief as it was, of the 1959 Lark gave the company some badly-needed cash. Instead of investing that cash in new cars, the Board went on an acquisition binge. The B-School fad du jour at the time was Diversification, the idea being to have a portfolio of companies with different business cycles. When one was down, another was up. On paper, it was all supposed to balance out. Studebaker’s board bought into this theory and bought (among others) Clarke floor machines, a garden tractor company, Onan generators, STP oil treatment and Paxton, the company that had supplied them with superchargers for the ’57-’58 Golden Hawks, the Packard Hawk and the ’57 Packards. Egbert had been at Paxton.

Egbert wasn’t a “car guy”. When he landed at Studebaker; he quickly became one and, counter to the Board’s wishes, rolled up his sleeves and determined to save the automotive operations. Out of this came some of Studebaker’s most memorable cars including the Sceptre, which never saw production.

Reaching out to two well-known designers, Egbert was determined to bring Studebaker’s product line up to date. Raymond Loewy, whose firm had done work for Studebaker from the late 1930s into the mid-1950s, was tasked with designing the car that became the Avanti. Brooks Stevens was brought on board to freshen the regular passenger car line and to breath new life into the Hawk. Stevens also designed what was to be the replacement of the entire passenger car line, including the Hawk.

What Stevens accomplished for the replacement car line is often considered to be his masterwork, particularly his replacement for the Hawk, the Sceptre.

Stevens had prototypes constructed by Carrozzeria Sibona-Basano of Turin, a little-known and short-lived (only five years, 1962-66) but highly regarded Italian coachbuilder that was also responsible for Virgil Exner’s stunning Mercer Cobra. “Directed by Pietro Sibona, formerly of Ghia, and the brothers Elio and Emilio Basano, the company produced the beautifully detailed prototype on a Studebaker chassis for $16,000, a remarkable bargain in those days.”

Stevens employed a Sylvania light bar at both the front and rear to replace the traditional headlights and taillights. At the rear, the light bar resided behind a red lens that spanned the width of the car.

The rear-end styling includes an ingenious and useful clamshell trunk opening. The broad C pillars, with panels of polarizing glass, are a stylized representation of the formal roof Stevens used on his Gran Turismo Hawk and his re-skinned Brazilian Aero Willys. 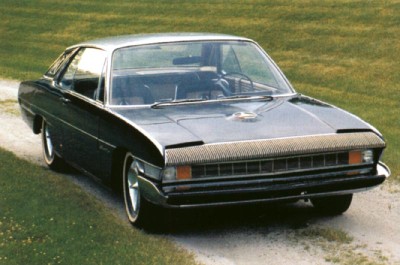 Sylvania developed a “light bar” to replace the traditional headlights and taillights on the Sceptre. Because the Sceptre was never produced aside from this single prototype, Sylvania’s light bar never saw production either.

The cabin is modern and Italianate in form, with black and gold vinyl trim and a large, airy greenhouse flooded with light. The thermometer-type speedometer and instruments are housed in plastic pods in the top of the dash, while the passenger side features a large vanity area with folding mirror as Stevens employed in Studebaker passenger cars as well as the Hawk and Avanti in the 1963 and 1964 model years.

Below: the vanity Studebaker used, here in an Avanti.

The new Stevens-designed Studebakers were intended for introduction in 1965.
Egbert was forced out by cancer and Byers Burlingame, who had come to Studebaker from Packard, permanently attached infamy to his own name by pulling the plug on Studebaker’s U.S. production just before Christmas of 1963.

The prototype ’65 Studebakers Stevens had constructed in Italy survived the company and now reside at the Studebaker National Museum in South Bend, Indiana.

Below: Siblings to the Sceptre – prototypes for the ’65 Skyview station wagon and the sedan. Note the “suicide doors” – Stevens designed these cars to use the same door stamping twice on the four door models. Left front became right rear; Right front became left rear.

Engines As Art
Curated for us by “B-Squared” 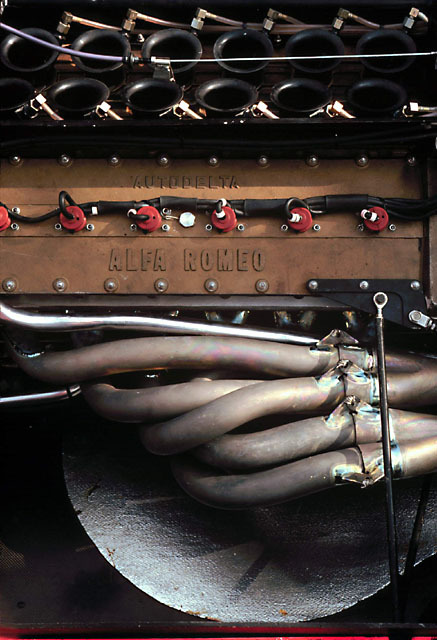