“As everyone knows, the upper midwest, including Power Line Central Command in Minnesota, has been suffering from some extreme climate change this week. Because everything is caused by climate change. Even Donald Trump’s hairdo. Out here at Power Line Pacific Command on the Left Coast, we’re having some rain, but otherwise I’m in my shirtsleeves as usual. But first, we have to lead with this (and happy Groundhog Day, by the way):”

You know it’s cold when Hell has frozen over! 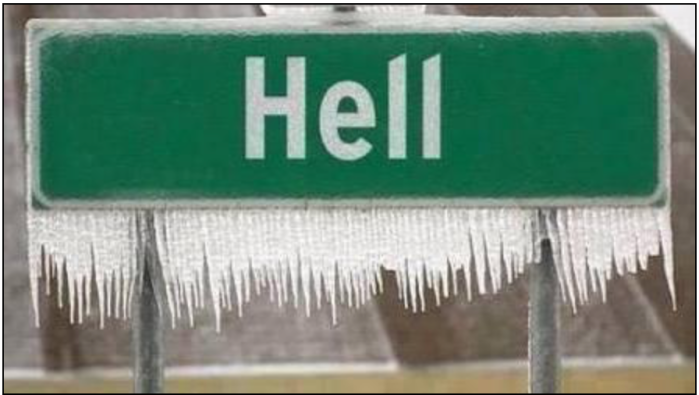 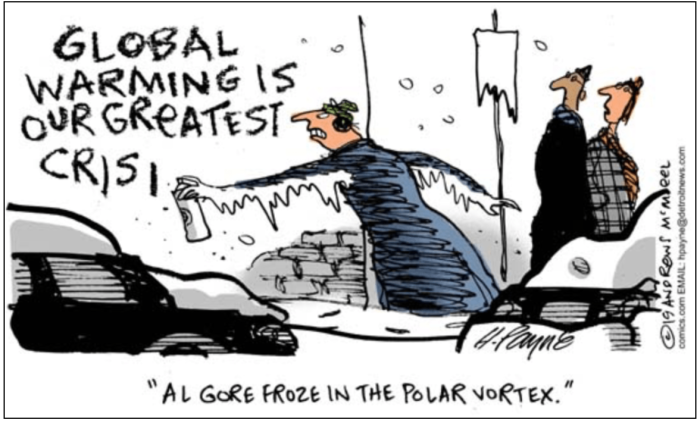 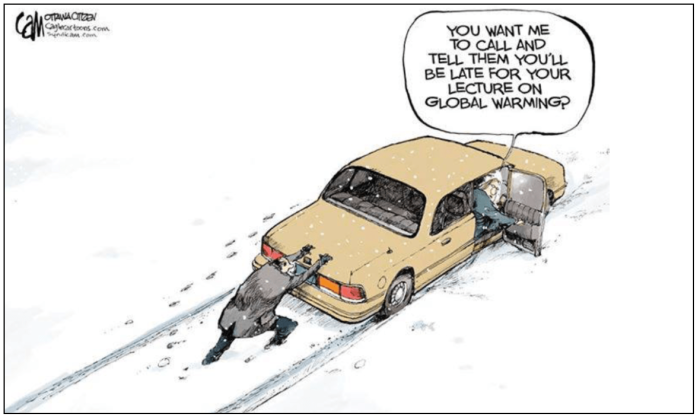 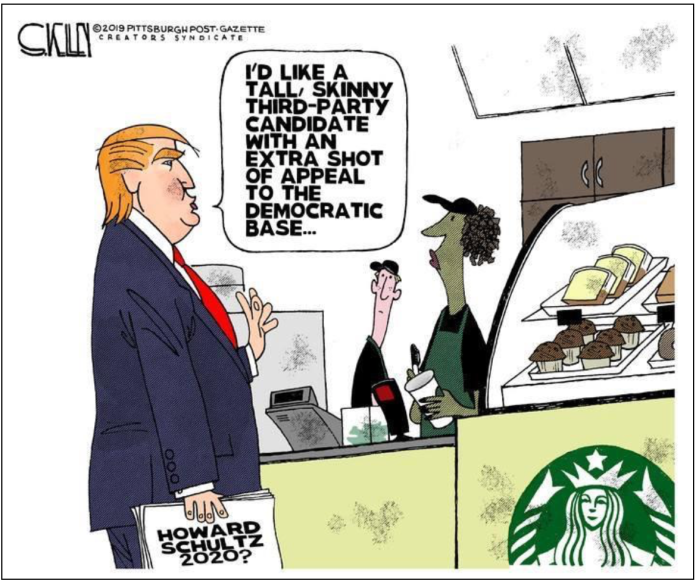 “B-Squared” weighs in with these: 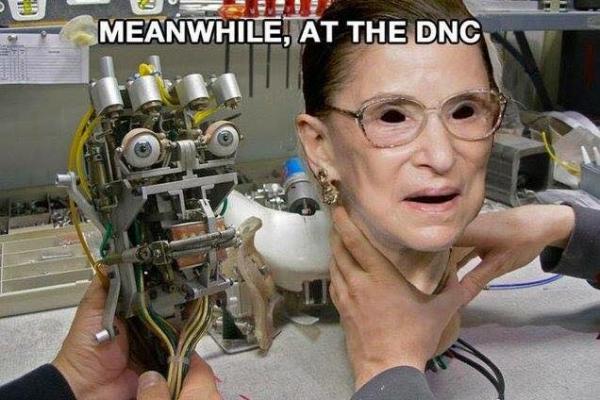 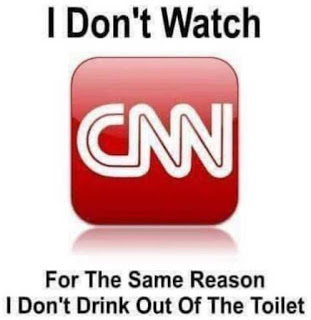 And now, in closing, “Jerry Mander” thanks everyone who has sent him this: