Welcome to all the new readers! We very much appreciate that you are sharing this post! Don’t miss the link below to our “Children of the Ukraine” post.

“People message me asking why I stick my neck out for Trump. Why do I tarnish my reputation with a man that’s hated by so many? I don’t care how much the media twists what he says. I don’t care how bad he looks. I don’t care about his sex life. At all. I don’t even care that his language skills are not academic. I only look at what he does and what his policies accomplish. I see a booming economy. I see low unemployment rates. I see black Americans back at work. I see American companies that had fled overseas returning home. I see the oldest President staying up until 3:00 a.m. in a suit on Air Force One waiting to greet our prisoners returning from Korea. I see China paying attention to him and returning to the negotiation table. I see him strengthening Israel, standing by Netanyahu, recognizing Jerusalem. I see him freeing Iran from a devastating regime. I see him tough on terrorism. I see a man delivering every promise he has made, not just talking to get votes. I see a lover of America. One who defends his men in uniform stronger than anyone I’ve ever seen. One who is proud of his flag, without feeling sorry, without excuses. I see an American hero. Let them say what they will. Trump is a hero. You will see. I love America. He loves America. I love him as our President. No one is without fault. We hired a man to do a job. He has surpassed our expectations in record time, single-handedly fighting the establishment. And he’s doing it for free. Stop listening to talking heads. Look at policies. I’m proud to support Trump.” 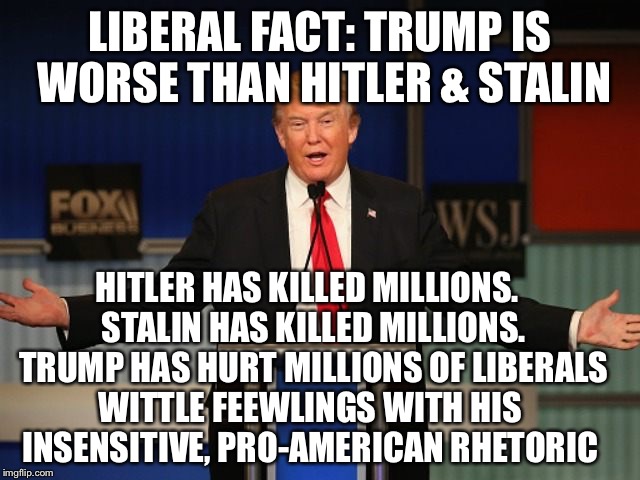 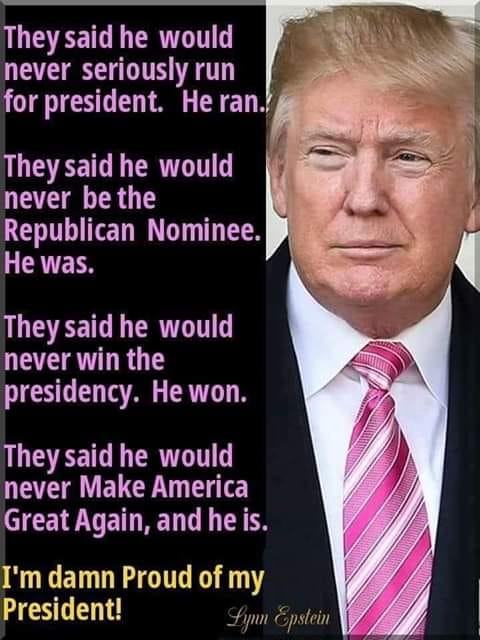 Speaking of “Takers” – Don’t miss this:
Children of the Ukraine >>HERE<<

“Donald Trump is a phenomenon that foreign countries haven’t seen before!”

The former Secretary of State Henry Kissinger gives us a new understanding of President Donald Trump’s foreign policy and predicts its success:

“Liberals and all those who favored (Hillary) Clinton will never admit it.

“They will never admit that he is the one true leader. The man is doing changes like never before and does all of it for the sake of this nation’s people.

After eight years of tyranny, we finally see a difference.”

Kissinger knows it and he continues with:

“Every country now has to consider two things:

One, their perception that the previous president, or the outgoing president, basically withdrew America from international politics, so that they had to make their own assessments of their necessities.

“And secondly, that there is a new president who’s asking a lot of unfamiliar questions. And because of the combination of the partial vacuum and the new questions, one could imagine that something remarkable and new emerges out of it.”

Then Kissinger puts it bluntly:

“Trump puts America and its people first. This is why people love him and this is why he will remain in charge for so long. There is not a single thing wrong with him and people need to open their eyes.”

When he boasts that he has a “bigger red button” than Kim Jung Un does, he so transcends the mealy-mouthed rhetoric of the past, thereby forcing a new recognition of American power.

“The weak grow strong by effrontery. The strong grow weak through inhibition!”

Trump is discarding the inhibitions and calling the bluff on North Korea’s effrontery.

His point is that the contrast of American retreat under Obama and its new assertion of power under Trump creates a new dynamic that every one of our allies and of our enemies must consider.

Our allies grew complacent with Obama’s passivity and now are fearful due to Trump’s activism. And they must balance the two in developing their policies:

They realize that the old assumptions, catalyzed by Bush 43’s preoccupation with Iraq and Obama’s refusal to lead are obsolete.

So, Trump is forcing a new calculus with a new power behind American interests. Those here and abroad, who rode the old apple cart worry about it being toppled.

But, as Kissinger so boldly stated:

“Trump is the one true leader in world affairs and he is forcing policy changes that put America first!

This is the most accurate statement of what the American Citizens who live outside of The Swamp want and expect from their government. 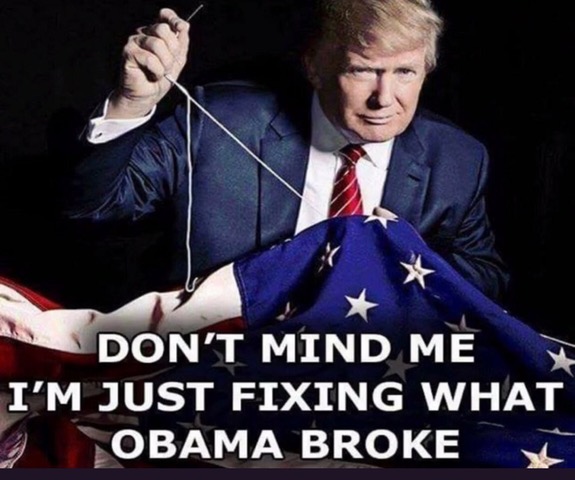