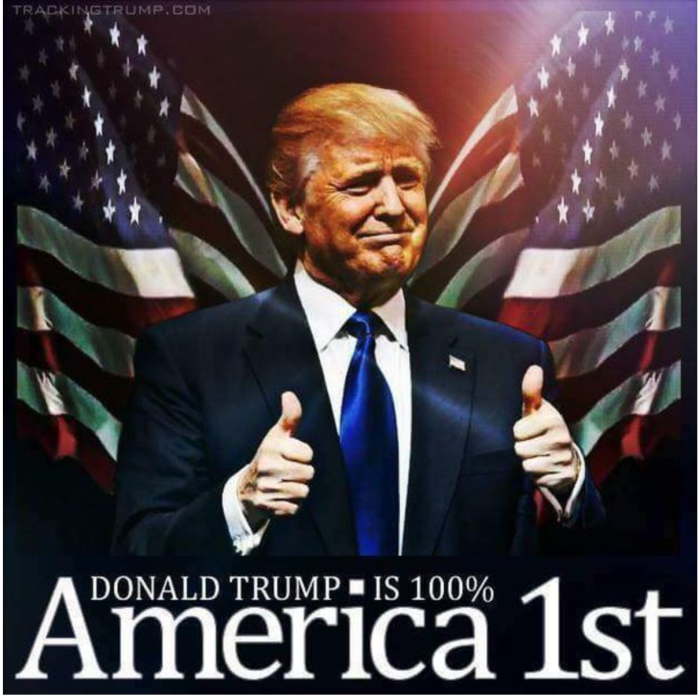 By Amber Athey at The Daily Caller

President Donald Trump’s third year in office is coming to a close after a very eventful 2019.

While impeachment dominated the news headlines over the past several months, the administration also managed many accomplishment throughout the year. To wrap up the year, we’ve created a list of Trump’s biggest wins of 2019.

President Trump has managed to reshape the judiciary branch in his image by nominating an unprecedented number of federal judges to the bench. The Senate has confirmed 187 Trump-nominated judges in just under three years. This means 20% of the federal judiciary is now made up of Trump appointments.

Much of the administration’s success can be credited to Senate Majority Leader Mitch McConnell, whose unparalleled focus on judicial appointments has ensured that nominees don’t sit very long before being confirmed. While members of the House debated the rules for impeaching the president several weeks ago, McConnell pushed 13 nominated judges through the Senate.

Special counsel Robert Mueller released a report stemming from his two-year long investigation into Russian collusion this past April. Mueller was unable to establish that Trump or his campaign participated in a conspiracy to work with the Russian government to influence the 2016 election.

Mueller did not reach a conclusion on whether or not the president obstructed justice, compelling Attorney General Bill Barr to announce that the Department of Justice (DOJ) would not pursue that angle against the president.

The report appeared to knock down years of speculation that Trump colluded with Russia to get elected, clearing a major cloud that hung over his presidency since his inauguration.

Trump green-lighted a U.S. Special Forces raid in late October that led to the death of Abu Bakr al-Baghdadi, the leader of ISIS and one of the world’s most-wanted terrorists. Al-Baghdadi was reportedly chased into a dead-end tunnel by a special forces canine, where the ISIS leader is believed to have detonated a suicide vest that killed himself and three children.

Shortly after that raid, Trump announced that the U.S. had also killed al-Baghdadi’s replacement.

‘PHASE ONE’ TRADE DEAL WITH CHINA

The U.S. and China are set to sign a “phase one” trade deal next week in early January, the result of pressure from tariffs and negotiations between the two countries. Trump made standing up to China one of the main components of his presidency, promising American farmers that he would work out a better deal for them. The “phase one” deal includes some tariff relief, more Chinese purchases of American agricultural goods, and further protections on intellectual property.

The Democratic-controlled House overwhelmingly passed Trump’s U.S.-Mexico-Canada Agreement (USMCA) in mid-December, handing the president a major win on trade. USMCA, which was negotiated as a replacement for the North American Free Trade Agreement (NAFTA), requires automobiles to be 75% manufactured in the U.S., provides more labor protections for Mexican workers, and adjusts the trade balances between the three countries.

2019 was another banner year for the economy, with Trump presiding over record stock market gains. The Nasdaq topped 9,000 for the first time ever Dec. 26, while the Dow Jones Industrial Average hit 28,621.39. The S&P 500 marked its 34th record close, hitting 3,239.91 last Thursday, Dec. 26. The stocks continue to bring good news for investors throughout the Trump presidency.

Trump has implemented a number of new immigration policies since taking office to try to combat the national security and humanitarian crisis on the southern border, but arguably the most successful in the administration’s perspective has been the Migrant Protection Protocols (MPP) program, also known as the “Remain in Mexico” policy.

The MPP program requires asylum seekers to wait in Mexico while their claims are processed in the U.S., clearing some of the overcrowding from U.S. detention centers. In September, nearly 50,000 asylum seekers were held in Mexico under the program. Just 11 of those individuals ultimately qualified for asylum.

In Wang’s case, the administration claimed that they gave up little to Iran in exchange for his release.

“No sanctions relief. No pallets of cash. No change in policy,” a State Department official told the Daily Caller.

The administration, led by Robert O’Brien, also notably negotiated rapper A$AP Rocky’s release from a Swedish prison after he was convicted of assault.

The unemployment rate dropped to 3.5% several times this year, the lowest rate on record since December 1969. Job gains also routinely outpaced economist predictions this year. For example, the U.S. economy added 266,000 jobs in November, while economists guessed just 187,000 jobs would be added.

Perhaps the administration’s most talked-about deregulatory efforts have been related to the environment.

In September, for example, Trump rolled back the Obama administration’s “Waters of the US” rule, which saw farmers facing jail time and significant fines for being unable to comply with the rule. In one case, a 77-year-old Navy veteran served 18 months in prison after digging ponds around his property to keep wildfires at bay; the Environmental Protection Agency (EPA) determined that the ponds were too close to “navigable water” and thus the veteran needed a permit for them.

Trump managed to unite Americans for at least one day on the Fourth of July with his “Salute to America” parade, a demonstration of patriotism, military might, and American exceptionalism. The parade featured military flyovers, the U.S. Army Band, and a fireworks display.

Thousands of Americans lined up on the National Mall to watch the president deliver a speech honoring U.S. history and the military, despite the fact that it rained most of the day. 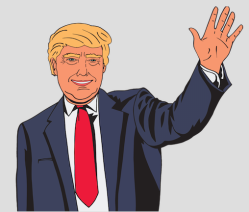 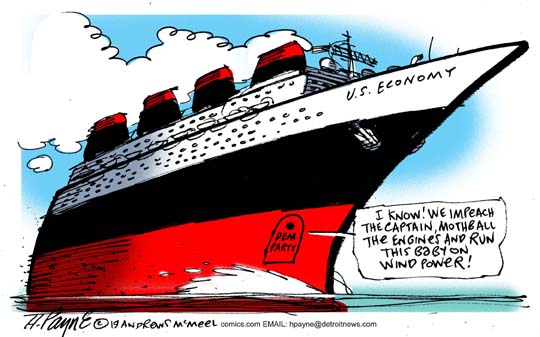 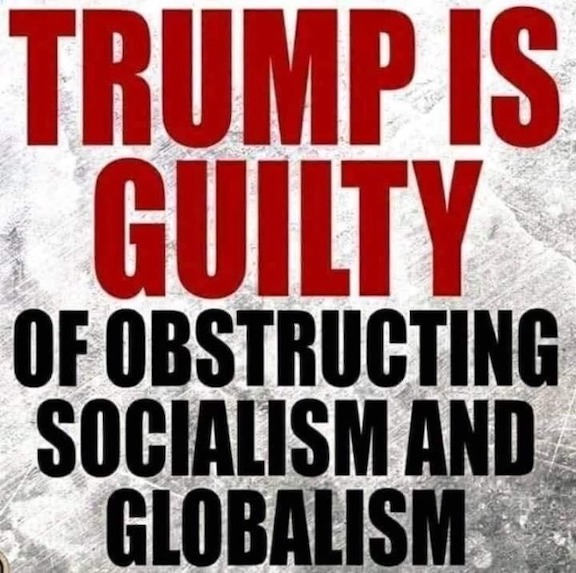 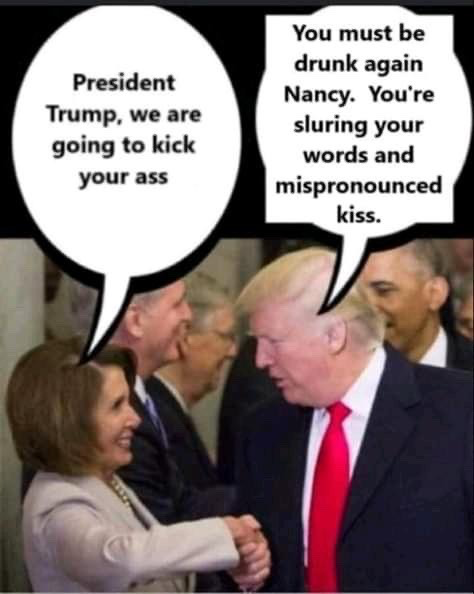 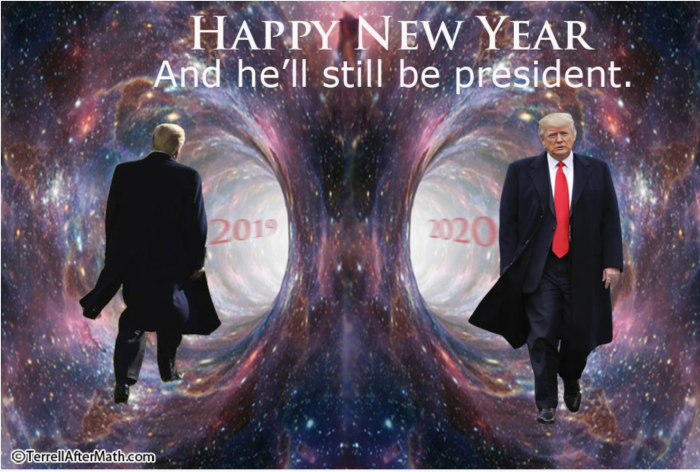 Drudge has sold Conservatives out. Get your news from The Bongino Report

Switch your search engine to Duck Duck Go!
They don’t track you & sell your data!