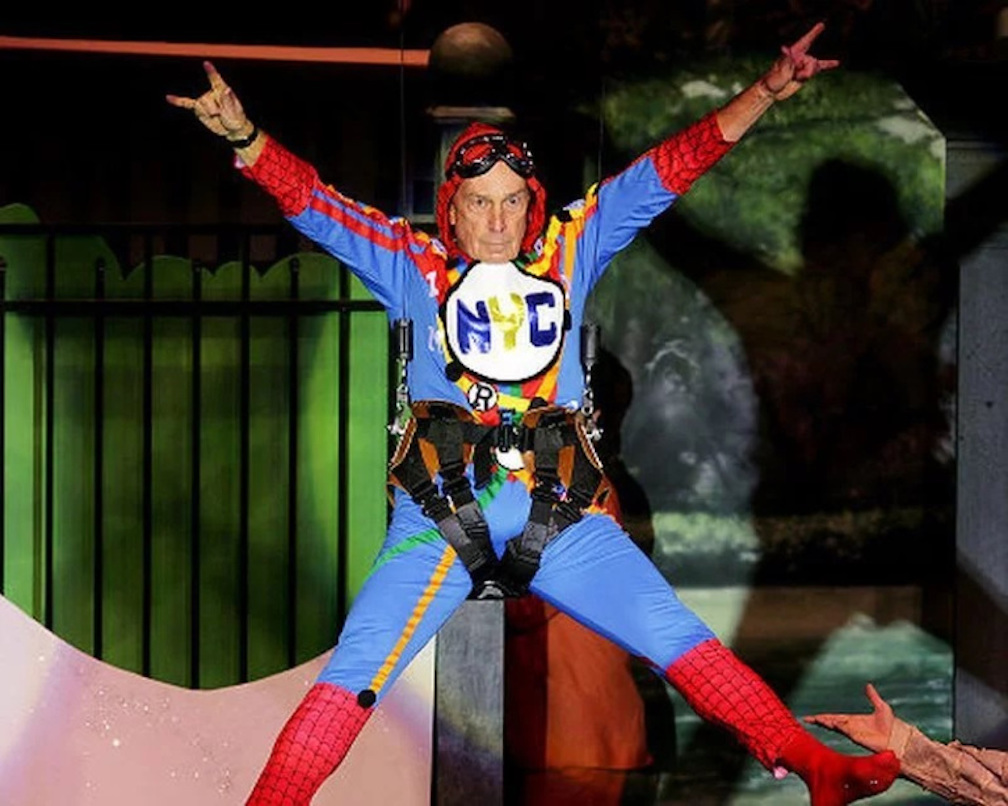 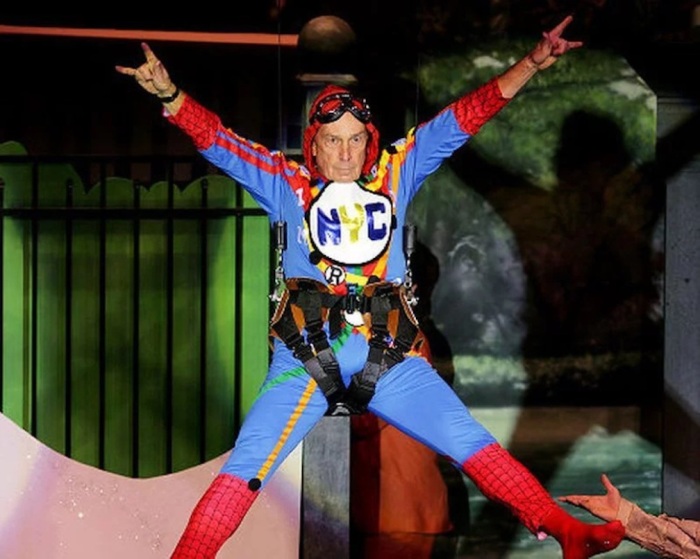 ICYMI, aside from trying to buy his way into the White House, the ‘RAT’s latest hope for stopping Bread Line Bernie, Michael Bloomberg, seems to be intent on replacing Quid Pro Joe as the ‘RAT’s official gaffe machine. It was revealed that Bloomberg had put farmers down, saying he could teach anyone to farm in five minutes. Vice President Mike Pence responded by posting (in the context of a famous Dodge Ram truck Super Bowl ad) Paul Harvey’s  “So God Made a Farmer”. Here is Harvey giving his paean to farmers (Click to play):

Sean Davis at  The Federalist was inspired to turn Harvey’s tribute to farmers into
So God Made a Bloomberg
Davis’ article at The Federalist includes links to the specific Bloomberg items referenced.

And on the 8th day, God looked down on his planned paradise and said, “I need a tiny, soulless technocrat to tell everyone else how to live their lives.” So God made a Bloomberg.

God said, “I need a know-it-all Wall Street banker who made more money by getting fired than most men will make their entire lives working an honest job.” So God made a Bloomberg.

“I need somebody with hands strong enough to carry a stool and a booster seat wherever he goes, but gentle enough to sign the voter registration papers as a Democrat, and then a Republican, and then an independent, and then a Democrat again.

“Somebody who would tell a female employee to kill her own baby so she could work longer hours, a grieving family that it’s a waste to give medical care to old people, or a farmer that growing food is easy and any idiot with half a brain could manage it. Someone who could tell a mother that parenting was as simple as hiring ‘some black who doesn’t even have to speak English’ to raise her dumb kid.” So God made a Bloomberg.

God said, “I need somebody willing to randomly accost black men for no good reason other than having the wrong color skin. I need somebody who will say that the best way to reduce crime is to target black kids and ‘throw them up against the walls and frisk them’ for the crime of being black. Someone who will brag that one side effect of putting ‘all the cops in the minority neighborhoods’ is that you end up ‘arresting kids for marijuana that are all minorities.’” So God made a Bloomberg.

“I need somebody willing to tell those awful poors that they need to be disproportionately taxed for their own good because they’re too stupid to know what’s good for them. Somebody who will ban the sale of 32 oz. fountain drinks, but not the sale of two 16 oz. sodas, because everyone knows sugary syrup from a single cup is way worse for you than sugary syrup from two smaller cups, plus it’s not like Fatty Boombalatty over there has the self-control to put down the Big Gulp himself.” So God made a Bloomberg.

God had to have somebody willing to forcibly remove black guns from black hands because, “They just don’t have any long-term focus or anything.” Somebody who thought the best way to reduce crime was to take the description of “male, minority, 16 to 25” and “Xerox it and pass it out to all the cops.” So God made a Bloomberg.

God said, “I need somebody with no charm, no charisma, and no compelling reason to ever serve in government to nonetheless buy his way onto the ballot, then buy his way into the mayor’s office, then buy off the city council to eliminate the two-term limit on mayoral service. And then I need him to spend nine figures buying his way into the Democrat primary, because there would be nothing more hilarious than watching a broken down old socialist get robbed, again, by yet another New York crony who is the life-size poster child for everything that’s wrong with modern capitalism.”

So God made a Bloomberg. 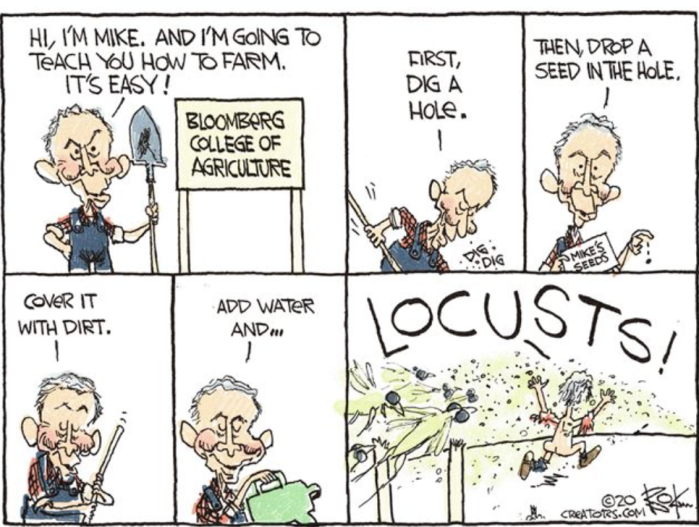 Bloomberg has spent $400 million (so far) in his effort to buy the election, but this ‘Mini Mike’ Meme is priceless: 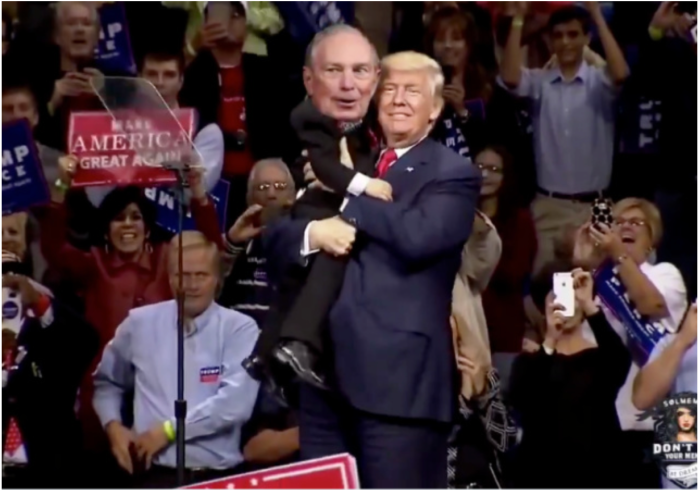 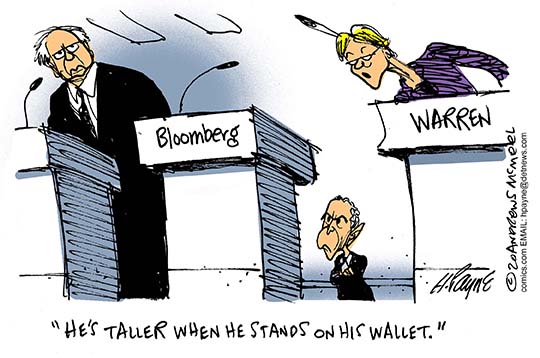 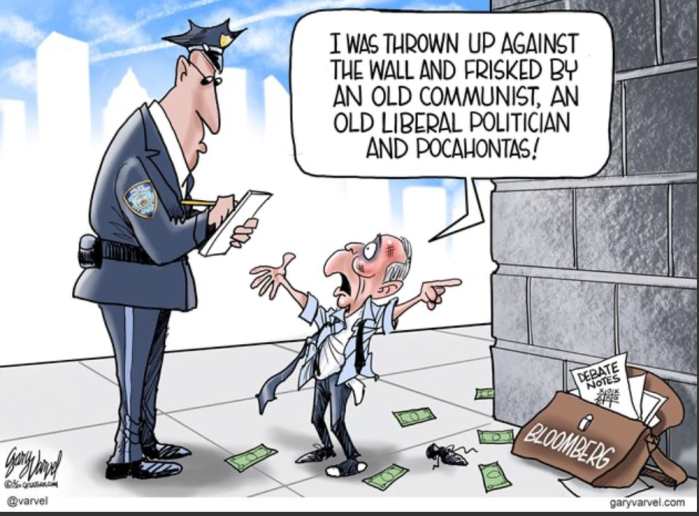 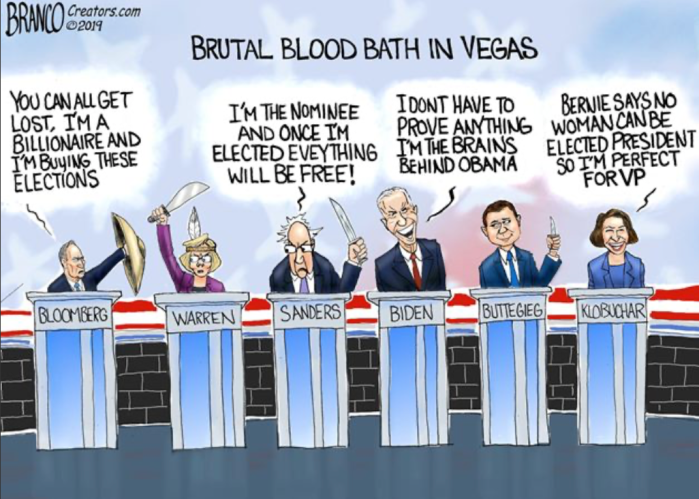 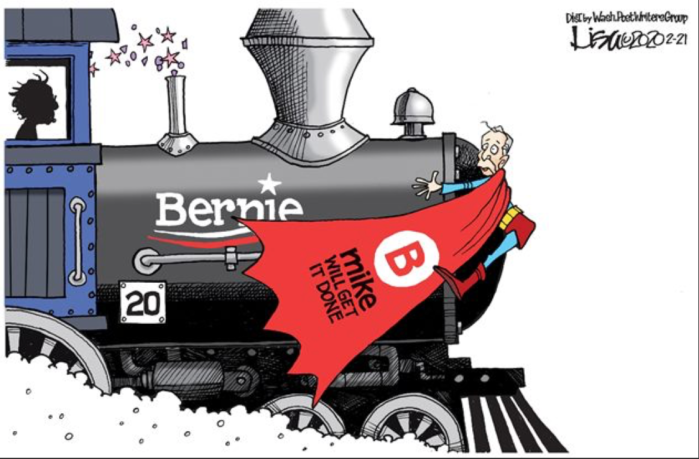 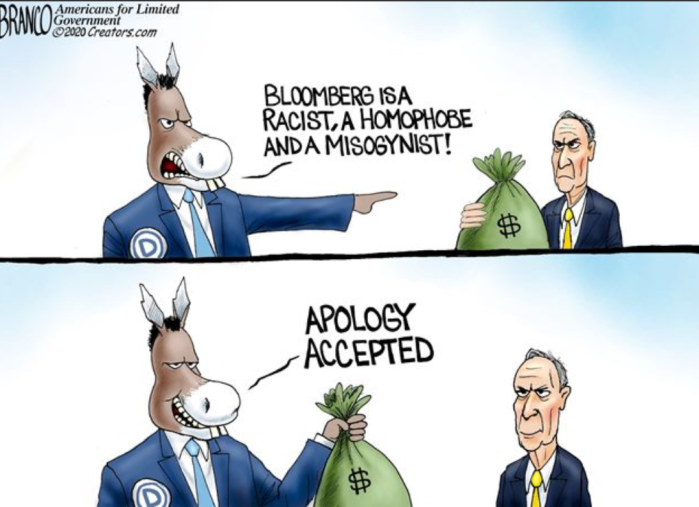 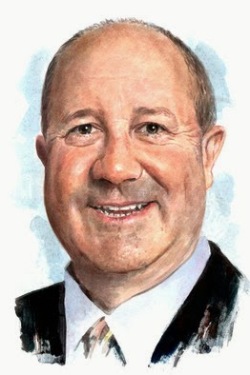 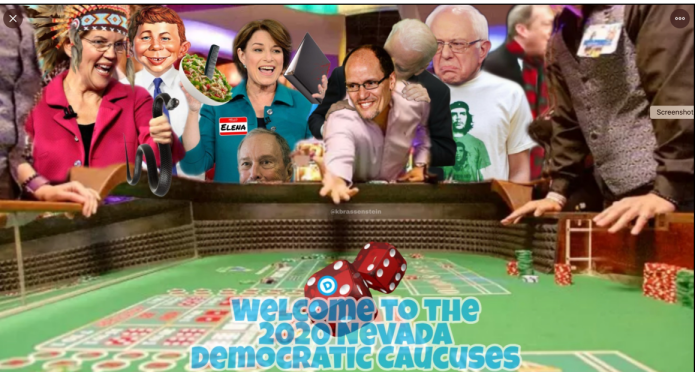 “Get your popcorn ready, because today is the Nevada caucuses, which features only a lot of old rich white people in the Democratic field, which is not supposed to happen in this age of intersectional diversity. I think the DNC ought to disqualify the entire field and start over, on the grounds that the field is now the biggest bunch of bumbling buffoons since the borscht belt belly-flopped. But it’s sure nice to have a fresh face like Mini Mike around, just to liven things up. Democrats should have more billionaires on their stage.“ 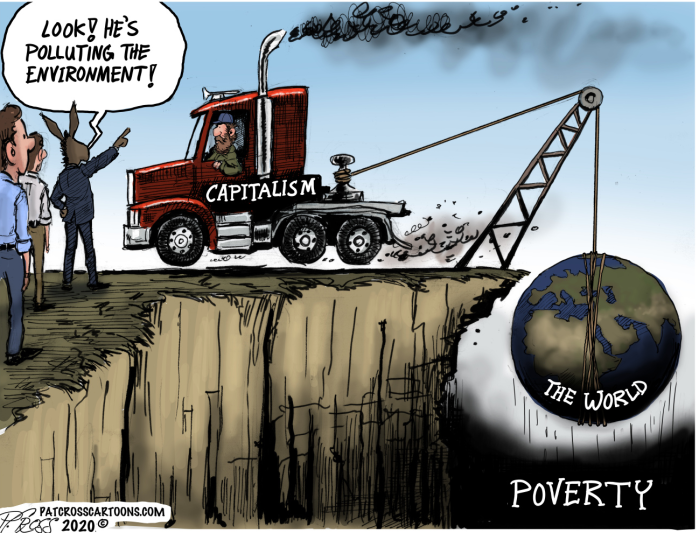