Dixon, California is home to some 18,000 people. Located roughly 25 miles south west Sacramento off of Interstate 80, the rural town with farming roots is now more of a bedroom community for people working in Sacramento or even the San Francisco Bay Area, 80 miles further south west, than it is a farm town. 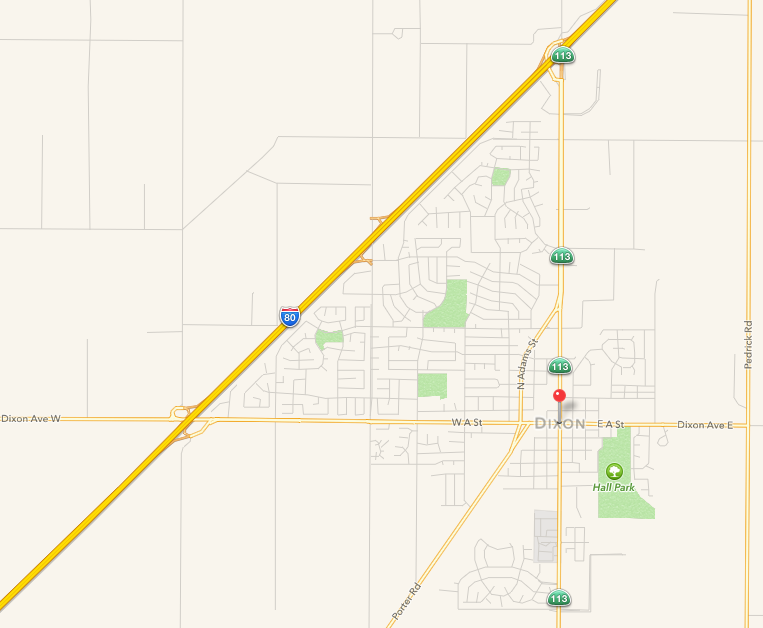 Nonetheless, Dixon retains much of the rural flavor you would expect from a town that was once the heart of the California dairy industry. Farms outside of town grow hay, sunflowers, almonds, walnuts, pistachios, tomatoes, hops and canario beans, among other crops. The Campbell Soup Company has a tomato processing plant in Dixon that processes 90% of the tomatoes used in Campbell’s products.

Dixon traces its roots back to 1852 during the California Gold Rush. It’s location was near the stage coach route bringing would-be gold miners who had landed in San Francisco to the “Gold Country” in the Sierra Mountains east of Sacramento. This route would become part of the famous Lincoln Highway, U.S. Route 40. With the advent of the Interstate road system, inaugurated by President Eisenhower in the mid-1950s, U.S. 40 was supplanted by Interstate 80.

Dixon was also known in the early 1900s as “The Dairy City” because there were at least 30 dairy farms outside of the town.

The dairy that also put Dixon on the map was the Timm Certified Dairy – originally known as the “World’s Largest Certified Dairy,” operating with over 300 cows. Milk was provided to San Francisco, Oakland, and other Bay Area cities, as well as Sacramento and also to the Southern Pacific diners.

Another dairy farmer, Karl Hess, started The Milk Farm Restaurant adjacent to Route 40 (later Interstate 80) on the north east side of town.

One day recently, I was driving in Dixon and spotted a 1953 Packard Clipper on a lift outside of a shop. Being the Packard nut that I am, I had to stop! I took a look at the Clipper. It was a nice, solid car, free of the rust issues that plague many Packards of the 1950s. I saw that the Ultramatic transmission had been removed from the car. Curious as to the story on this Clipper, I knocked on the door of the shop. It was obvious that the shop was for private, not commercial use. 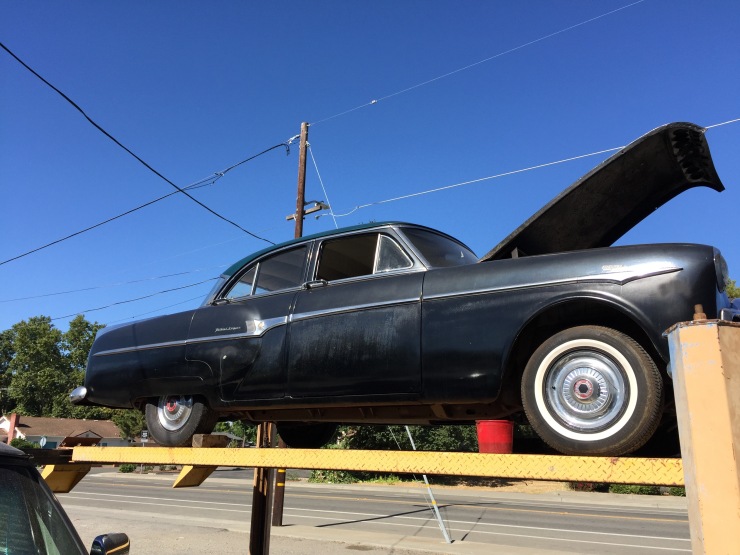 Upon knocking, I was invited in and met the owner of that Packard, Mike. Inside, I discovered that he has an almost perfect 1953 Caribbean. Mike told me that he also has a 1955 Packard Caribbean. I was astounded that little Dixon would be home to 2 rare Packards! 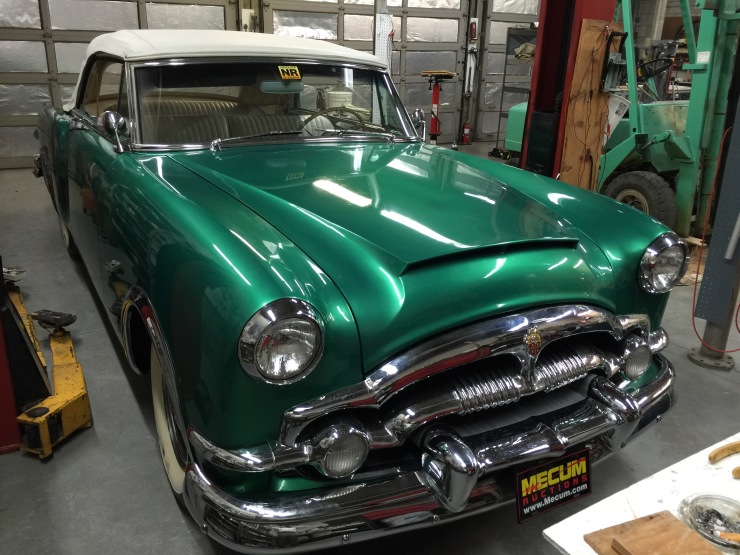 Mike had owned as many as 130 motorcycles, but auctioned them off via the services of the Mecum auction house. He then began collecting ’50s convertibles, though he also owns several other cars from several time slots.

Mike told me that he would have the ’55 Caribbean at this location the next day, so I came back and saw this rare Packard, the 184th of only 500 Caribbeans that were built in 1955. 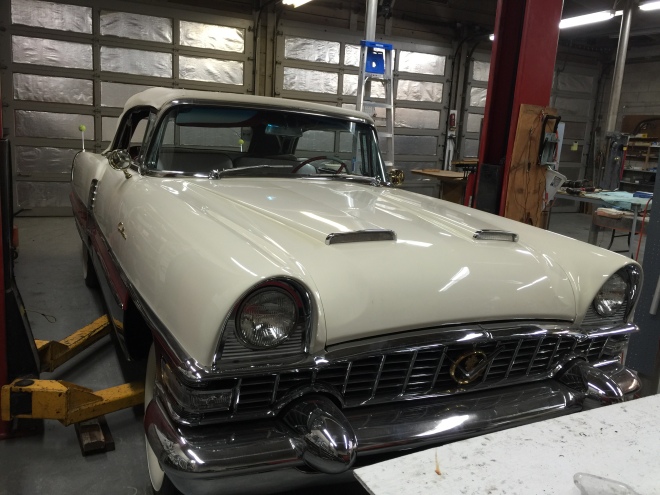 Somewhere along the way, prior to Mike buying it, this Caribbean was painted in paint code MJV: White Jade, Fire Opal and Onyx and the interior was fitted out in trim code 96, Vermillion and White Genuine Leather. The interior has a nice “patina,” indicating that it has been in the car for some time, to the point that Mike thought it might be the original interior.

However, when I saw the car, and saw the data plate by the driver’s door, I immediately knew that the current colors are not the colors the car was wearing when it left the factory: the paint code is MDF – White Jade, Zircon and Sapphire and the trim code is 92, Blue and White Genuine Leather.

Despite the color and interior change, it is a very nice Caribbean and has the 2×4 barrel carburetor set up that is correct for these Caribbeans.

Mike invited me back to see the other cars in his collection. I’ll show some of them in the next 2 Gearhead Tuesdays.

For you Land Rover owners, via “Chris-to-fear:” 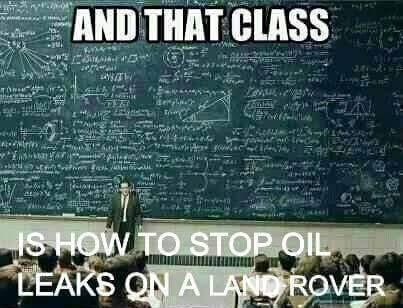